'Will abolish PSA and will withdraw the cases against stone pelters' 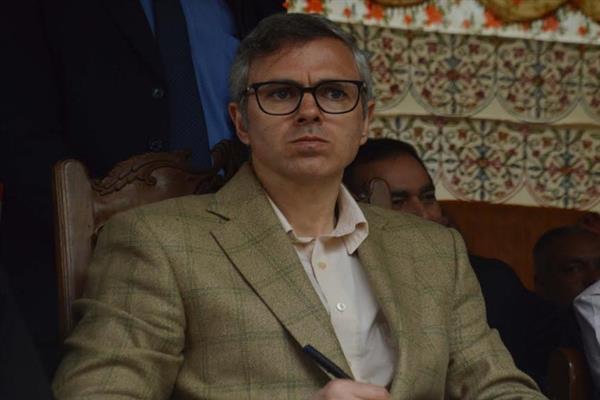 Talking to reporters in Khanabal area of South Kashmir’s Anantnag district, Omar said that the party is confident that it will emerge victorious on all the three Lok Sabha seats of Kashmir, adding, that it has won the Baramulla seat with a good majority.

“We have started campaigning for South Kashmir seat and we hope the boycott effect will be less as it would certainly help the other candidates to emerge victorious,” Omar said.

The former chief minister further promised people that the party soon after forming its government in Jammu and Kashmir will withdraw all the cases against the stone pelters and will also abolish Public Safety Act (PSA) here.

“We have already made it clear during campaigning in north Kashmir that NC if voted to power will abolish PSA and will withdraw the cases against stone pelters,” he added.

Stating that BJP was continuously attacking the Articles 370 and 35A, Omar said, “It remembers us that whenever National Conference was out of power, such forces took advantage of the situation following which Jammu and Kashmir bore the brunt.”

“We believe that assembly elections be held soon after the culmination of parliamentary polls and people will get a chance to elect their representatives. We if voted to power will fight against all the issues like highway ban, attack on special status and others,” Omar said.

Omar further added that BJP always targeted Muslims and keeping in view of the philosophy of RSS, “we (NC) had warned late Mufti Muhammad Sayeed and former chief Mehbooba Mufti not to forge an alliance with them but later our apprehensions come true. India always remained a secular country and every religion be respected equally as per the constitution of India. We want a government that will work to safeguard the constitution.”