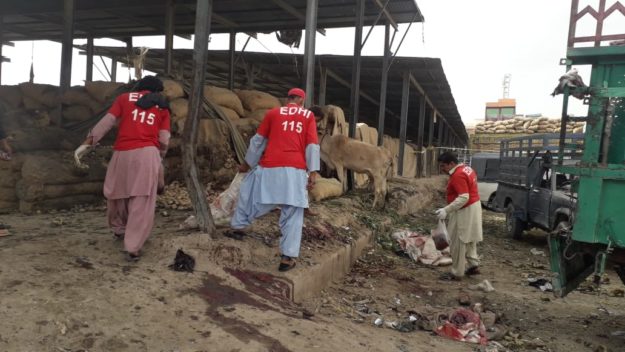 Srinagar: At least 16 people including two children were killed after an improvised explosive device (IED) exploded at a vegetable market in Quetta early Friday, the Express Tribune reported

One Frontier Corps soldier was also killed in the attack while 30 others were injured. The security forces fear the death toll may rise, the report said

Speaking to media, Cheema said at least eight of those killed in the bomb blast at Hazarganji area of the provincial capital belonged to Hazara community.

The police, FC and rescue workers have present at the scene while the injured are being moved to nearby hospitals for medical treatment, the newspaper reported