Srinagar: French Ambassador Alexandre Ziegler on Thursday dismissed as “fake news” reports that a batch of Pakistani pilots was trained on Rafale fighter jets being procured by Qatari Air Force.

American aviation industry website ainonline.Com reported that the first batch of pilots trained on the Rafale fighter jet for Qatar in November 2017 were Pakistani exchange officers. 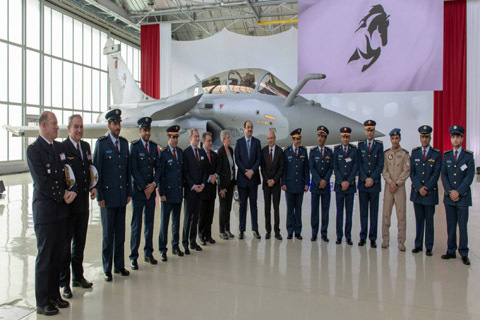 “I can confirm that it is fake news,” Ziegler  tweeted.

There were concerns in the Indian military establishment after the report by the US-based website.

The report came in the midst of a simmering political slugfest over procurement of Rafale jets by the Modi government from France.

India is procuring a batch of 36 Rafale fighter jets from France at a cost of Rs 58,000 crore. The Congress has been alleging massive irregularities in the deal while the government has strongly rejected the charges.