BSF accused of coercing voters in Poonch, Congress button not working in some EVMs: PDP and NC

Jammu: The National Conference and the PDP on Thursday alleged that uniformed personnel coerced people to vote for the BJP and EVMs malfunctioned in some places with the Congress button not working during the first phase of polling in Jammu’s Poonch area.

PDP president Mehbooba Mufti tweeted a video showing voters raising anti-BJP slogans after they were purportedly roughed up by the BSF for not voting for the BJP.

“A voter at polling booth in Jammu was manhandled by the BSF because he refused to cast his vote for BJP. Using armed forces at polling stations to coerce people to vote for the BJP shows their desperation & hunger to usurp power by hook or crook,” she said in her tweet. 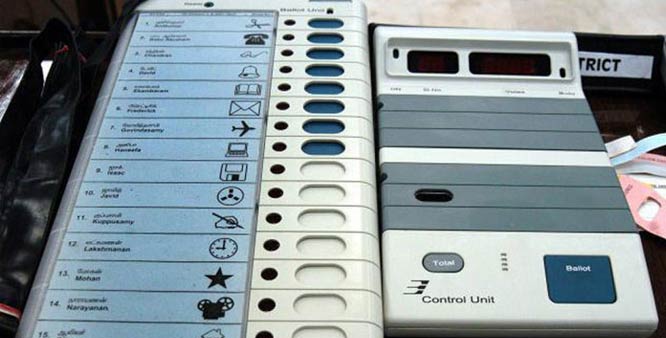 The National Conference’s Jammu provincial president Davinder Singh Rana also registered his protest on the issue. According to him, a uniformed officer coerced voters in Poonch’s Arai Malka area to vote for the BJP.

A local administration official reached the spot and the uniformed officer has been removed following complaints by the voters, he said.

Assuring that voting, which was stalled in some polling booths in Poonch region, would soon resume, the presiding officer was asked which button was not working.