The United States put Iran’s Islamic Revolutionary Guard Corps on its list of “terrorist groups” on Monday. The move against another country’s armed forces is bound to rachet up tensions with Tehran. Here’s what you need to know.

What is the Revolutionary Guard and what does it do?

The IRGC is an elite wing of the Iranian military that was established in the aftermath of the country’s revolution in 1979.

The unit is at the forefront of Iran’s military operations in the region — it has a significant presence in Iraq and Syria, where its troops and advisors have played a major role in the fight against ISIS, and have sometimes been within miles of US military positions.

There are more than 150,000 troops in the IRGC, according to the Council of Foreign Relations. These include ground forces, naval and air forces, as well as intelligence and special forces. Their primary role is internal security but experts say that the group — considered Iran’s dominant military force — assist Iran’s regular army, which has roughly 350,000 soldiers, with external defense. 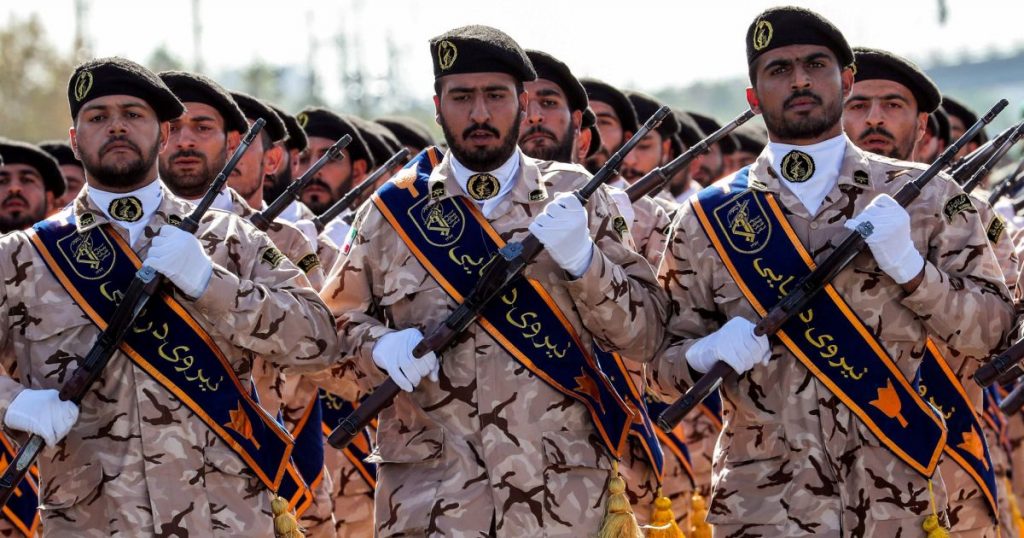 The IRGC and the United States

The Revolutionary Guards have long been in the crosshairs of successive US administrations.

In 2007, the US Treasury Department designated the Quds Force — a Revolutionary Guards unit in charge of foreign operations — as a supporter of “terrorism,” describing it as Iran’s “primary arm for executing its policy of supporting terrorist and insurgent groups.”

After US President Donald Trump took office, he withdrew from the Iran nuclear deal and set about clamping down on Tehran’s influence in the Middle East, re-imposing a strict sanctions regime that was designed in part to curb the influence of the Guards.

Bahrain and Saudi Arabia have added the IRGC to their “terror lists” last year. Israeli Prime Minister Benjamin Netanyahu has frequently railed about the Guard’s military activity in the region.

The US claims that the Revolutionary Guards’ presence in Syria — where it helps support the armed forces of the Syrian government — is a direct threat to Israel. “Under the cover of the Syrian war, the IRGC is now trying to plant military roots in Syria and establish a new strategic base to threaten Syria’s neighbors such as Israel,” Brian Hook, the State Department’s special representative for Iran, told reporters last Tuesday.

Hook also said that Iran was responsible for the deaths of at least 608 US service members in the aftermath of the US invasion of Iraq. “This accounts for 17 percent of all deaths of US personnel in Iraq from 2003 and 2011. This death toll is in addition to the many thousands of Iraqis killed by the IRGC’s proxies,” he added. 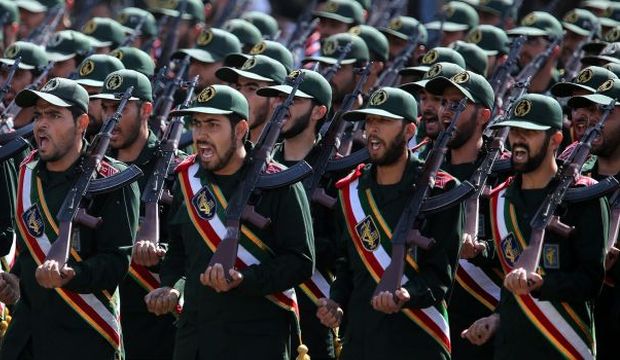 Iranian revolutionary guard soldiers march during the annual military parade marking the Iraqi invasion in 1980, which led to an eight-year-long war (1980-1988) in Tehran, Iran, 22 September 2013.

What impact will the terror designation have on Iran and the rest of the region?

Experts believe the designation could bring the US and Iran ever closer to a direct military confrontation and dash any hopes of reviving talks over the 2015 nuclear deal.

The move had also been met with internal resistance in the Trump administration because of concerns about US troops in the Middle East.

“The impact (of the terror designation) could be a heightening of barriers to dialogue with Iran,” said Al Monitor Associate Editor Mohammad Ali Shabani. “It displays an ambition by proponents of confrontation with Iran to restrict Trump’s deal-making instinct, and also to make it as difficult as possible for the next US president to engage with the Islamic Republic.”

The designation also risks impacting US relations with countries in the region that have direct relations with the Iranian government, including Lebanon and Iraq, where Shia-led armed groups are supported by the IRGC and are represented in the governments of those countries.

“In the shorter term, (the terror designation) also represents an attempt to impose an ‘either with us or against us’ approach to several governments in the region, namely Lebanon and Iraq,” said Shabani.

“If reports prove to be true that the stupid US administration intends to designate the IRGC as a terrorist organization, then the IRGC will also specify the US army as a group (and target) like [ISIS] in all parts of the world, especially the Middle East,” the commander was quoted as saying in the semi-official Fars News agency.

The Trump administration’s move has already drawn praise from Israel, one of Iran’s biggest regional rivals. On Monday, Netanyahu tweeted, “Thank you for responding to another one of my important requests, that serves our interests and the interests of regional countries.” (Agencies)