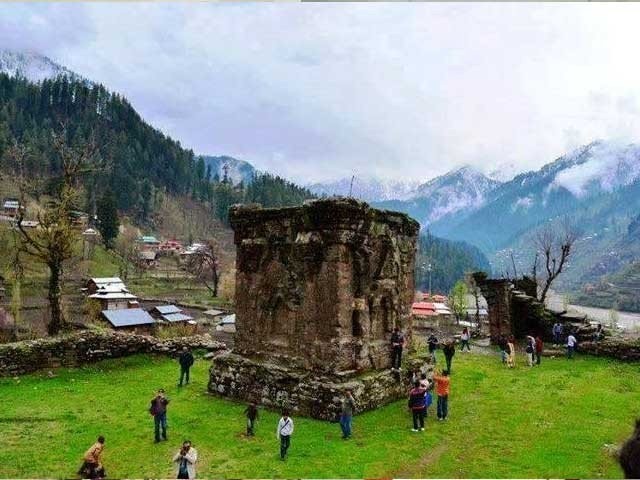 According to Express News, sources in the ministry of foreign affairs said India’s foreign ministry already sent a proposal to open the corridor in this regard.

“After Kartarpur, a piece of big news is in the offing for Hindus. Some of the government officials will visit the area and will later submit a report to the prime minister,” said the sources at the ministry of foreign affairs.

Sharda temple is one of the most ancient temples of Hindus. This temple is about 5,000 years old which was established in 237 BC during the reign of Maharaja Ashoka. Close to the temple, there is a pond called ‘Madomati’ – its water is as sacred to the community members as the water of Katasraj temple.

“Pakistan has decided to open the Sharda temple. I am going to visit the place in a couple of days. I will also send a report in this regard to Prime Minister Imran Khan. Work on the project will start from the current year after which Hindus in Pakistan will also be able to visit the site,” Pakistan Tehreek-e-Insaf (PTI) member of the National Assembly (MNA) Dr Ramesh Kumar told the Express News.

Last year, Prime Minister Imran Khan had performed ground-breaking of four kilometres-long Kartarpur Corridor in Narowal. The ceremony was followed by religious rituals of the Sikh community. The corridor will facilitate the Sikh pilgrims visiting their most sacred sites in Pakistan.

(The news was published in Express Tribune)