Terrorist who massacred 49 in Christchurch terror attack charged with murder

Srinagar: Terrorist who filmed himself on a massacre inside a mosque and butchered 49 people who were assembling for congregational Friday prayers in New Zealand, was charged with murder after appearing before court on Saturday.

Australian-born 28-year-old Brenton Tarrant stood in the dock wearing handcuffs and a white prison smock, as the judge read a single murder charge against him. A raft of further charges were expected, AFP reported. 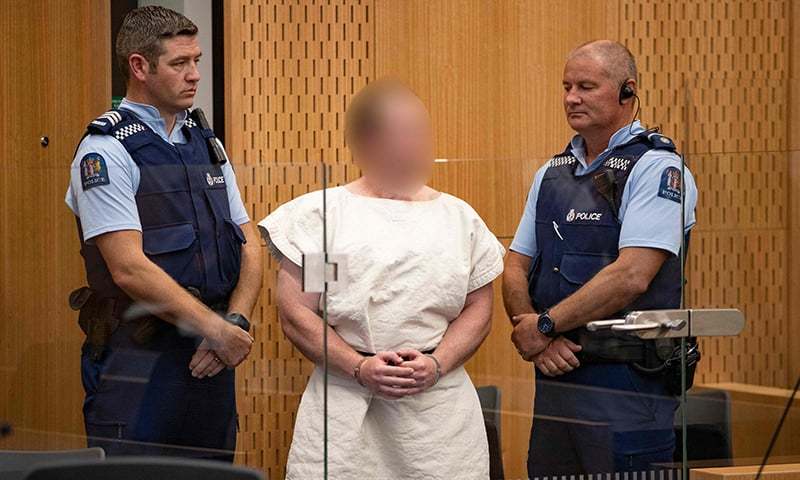 The former fitness instructor and self-professed fascist occasionally turned to look at media present in court during the brief hearing that the public were excluded from for security reasons.

Flanked by armed police he flashed an upside-down “okay” signal, a symbol used by white power groups across the globe. He did not request bail and was taken into custody until his next court appearance which is scheduled for April 5.

Two other people remain in custody, although their link to the attack is not clear. One man, 18-year-old Daniel Burrough, has been charged with incitement.

Another person who was earlier arrested was said to be a member of the public carrying a firearm who was trying to help. (Agencies)