Parliament polls to be held from April 11 to May 19: ECI 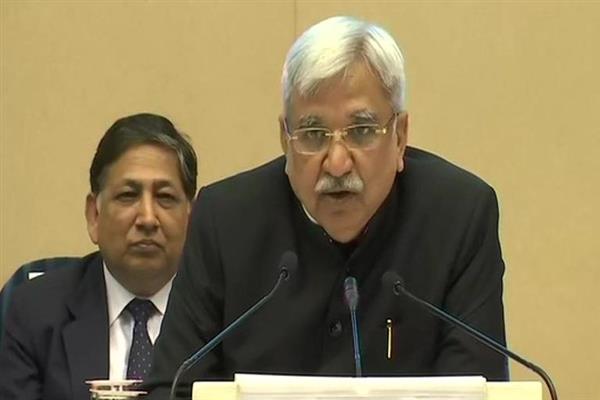 Srinagar: The Election Commission of India (ECI) today announced Lok Sabha polls to be held in seven phases across India.

However much to the surprise for regional political parties in Jammu and Kashmir, the ECI has put on hold the assembly elections in the state, which is currently under Presidential rule.

Chief Election Commissioner Sunil Arora said that after several rounds of consultations with home ministry, state administration including Chief Secretary and Director General of Police and political parties, the commission has decided to put on hold the assembly elections and continue to monitor the situation till the conditions become conducive to holding of assembly elections in the state.

Citing security reasons as a biggest constraint for putting on hold the assembly elections in the state, the chief election commissioner said that however Lok Sabha elections will be held in the state in seven phases and the commission has appointed three central observers for the state including Noor Mohammad, an IAS officer of 77 batch, A S Gil, IPS officer of 72 batch and former director general CRPF and Vinod Zutshi, former secretary Tourism Government of India.

The Election Commission of India will be holding polls in seven phases.