Srinagar: “As long as India and Pakistan refuse to deal with their core dispute — the future of Kashmir — they face unpredictable, possibly terrifying, consequences,” the New York times stated in its editorial on Thursday.

It said that the current focus on North Korea’s growing arsenal obscures the fact that the most likely trigger for a nuclear exchange could be the conflict between India and Pakistan.

“The latest confrontation, the most serious between the two nations in more than a decade, gave way to more normal pursuits like trade at a border crossing and sporadic cross-border shelling.”

But this relative calm is not a solution.

The current crisis dates to February 14, when a Kashmiri suicide bomber killed at least 40 Indian paramilitary officers in the deadliest attack in three decades in the divided region that both nations have claimed since partition in 1947.

Last week, India sent warplanes into Pakistan for the first time in five decades. Indian officials said they had struck Jaish-e-Muhammad’s “biggest training camp” and killed a “very large number” of militants, although those claims have been called into doubt, the NYT edit said. Pakistan counterattacked, leading to a dogfight in which at least one Indian jet was shot down and a pilot was captured by the Pakistanis. 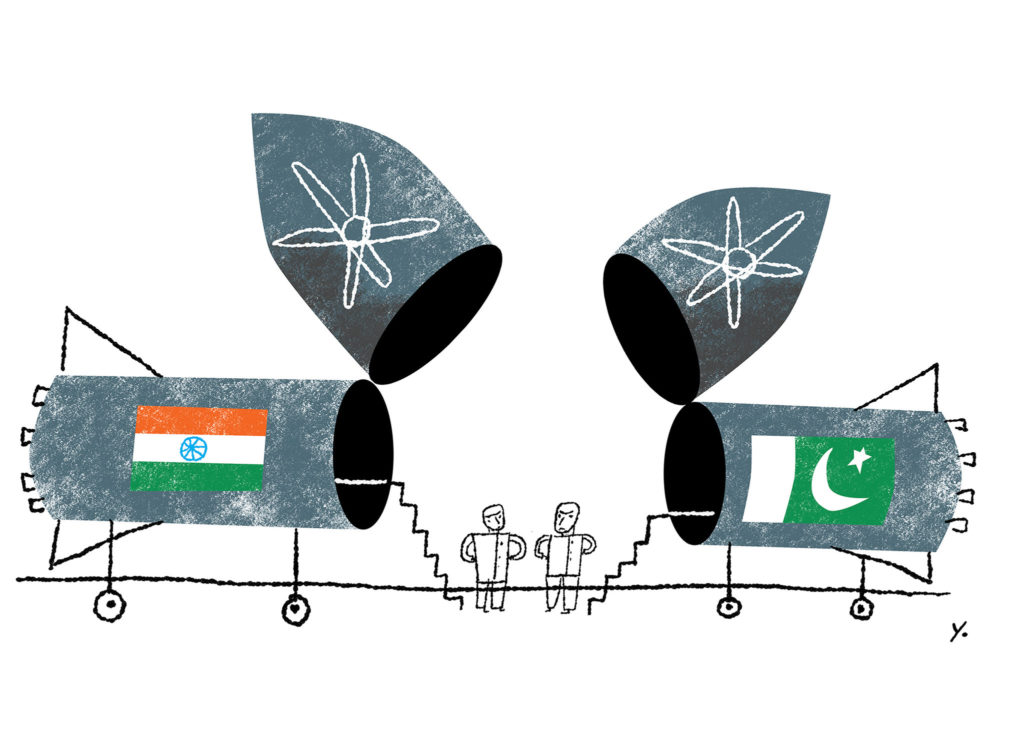 “The situation could have easily escalated, given that the two countries have fought three wars over 70 years, maintain a near-constant state of military readiness along their border and have little formal government-to-government dialogue.”

Adding to the volatility, it said that India’s prime minister, Narendra Modi, is waging a tough re-election campaign in which he has used anti-Pakistan talk to fuel Hindu nationalism.

“Without international pressure, a long-term solution is unlikely, and the threat of nuclear war remains.

While the Clinton, Bush and Obama administrations aggressively worked to ensure that India-Pakistan confrontations in 1999, 2002 and 2008 did not spiral out of control, the Trump administration has done little but issue a few statements urging restraint. It’s hard to see a role as a mediator for Trump, who has shifted the United States more firmly against Pakistan and toward India, where he has pursued business interests, it stated.

“But the United States needs to get involved. It could help India strengthen its counterterrorism capabilities to prevent future attacks, and it could encourage India to modify its approach to those opposing its rule in Kashmir, which the United Nations and other groups say involves widespread human rights abuses that simply spawn more militants.”

“And while it’s good when India and Pakistan decide to walk back from the brink, as they seem to be doing now, the United States should be ready to assist if they cannot.

“A solution to a conflict that touches so many religious and nationalist nerves must ultimately come from within, through talks among India, Pakistan and the people of Kashmir. It’s a long shot, and the protagonists have shown no serious interest, but that’s the reality nonetheless.

“The two countries have crossed into dangerous territory, with India attacking Pakistan and engaging in aerial duels. The next confrontation, or the one after that, could be far more unthinkable.”