“We are receiving reports that indicate increasing harassment and targeting of minorities – in particular, Muslims and people from historically disadvantaged and marginalised groups, such as Dalits and Adivasis,” Michelle Bachelet said in her annual report to the UN Human Rights Council in Geneva on Wednesday.

Bachelet’s warning came a day after Amnesty International’s India chapter said it had recorded a “disturbing” number of hate crimes, including assault, rape and murder, against marginalised groups in 2018.

Relying on cases reported in mainstream English and Hindi media, the group on Tuesday said it had documented a total of 218 incidents of alleged hate crimes last year. Some 142 were against lower-caste Dalits, while 50 were against Muslims.

Aakar Patel, executive director of Amnesty India, told Al Jazeera there “was a culture of impunity for hate crimes” in India.

The country’s law, with some exceptions, does not recognise hate crimes as specific offences, he said, urging political leaders to be more vocal in denouncing such violence and calling on the police to “take steps to unmask any potentially discriminatory motive in a crime”. 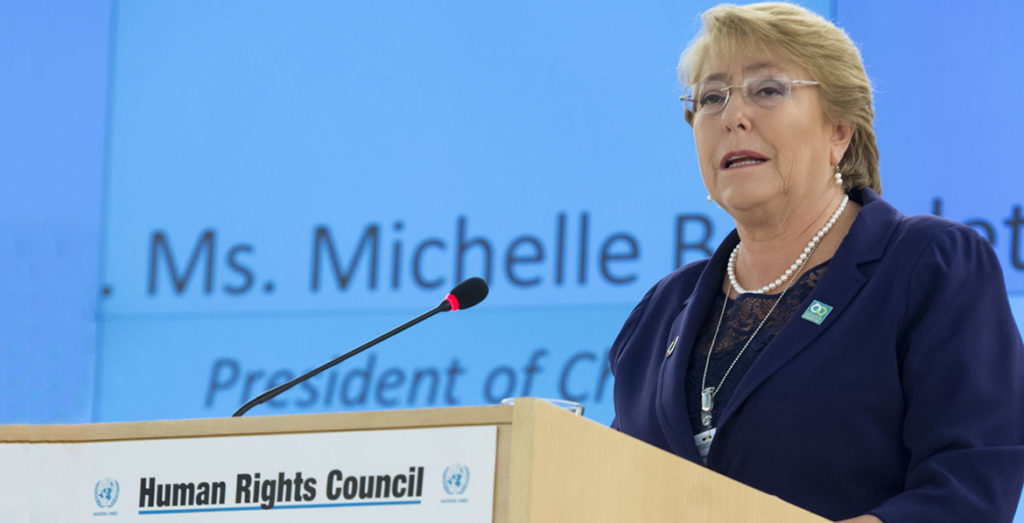 “Legal reforms that enable recording of hate crimes and strengthen accountability must be a priority for any government that comes to power following the upcoming general elections,” he added.

Prime Minister Narendra Modi is battling for a second term in an election due by May.

In December, Factchecker.in, a data-journalism outfit, in December said the “year 2018 saw the most hate crimes motivated by religious bias in India in a decade”.

The group said 30 people were killed in 93 such attacks last year, the highest number of deaths since it began tracking hate crimes in 2009. More than 300 people were wounded, the group said.

Most of the attacks took place in states ruled by the BJP. Uttar Pradesh topped the list with 27 cases. Bihar, with 10 cases, came second. The figures by Factchecher.in show a spike in alleged hate crimes after BJP took power in 2014.

State governments ruled by the BJP have cracked down on the slaughter of cows, an animal many Hindus consider sacred, with vigilante groups beating and killing poor Muslim and Dalit men over allegations of killing cows and eating beef.

Modi has repeatedly said state governments should punish vigilantes who commit violence in the name of cow protection, but his critics say the government has not done enough to prosecute the killings.

Political commentator and former vice chancellor of Islamic University of Science and Technology in Kashmir, Sidiq Wahid said that people in Muslim-majority Kashmir could say with confidence that no one better understands the “deficit in fairness that exists in India, especially, although not exclusively, under the BJP regime”.

Wahid told Aljazeera: “The report comes at a time that is both apt and embarrassing. It’s apt because India is about to have elections … It is embarrassing, because the report conveys for the entire world to see the true state of democracy in the “world’s largest democracy”.

Nazia Erum, author of the book Mothering a Muslim, however, said nothing would change in the country unless Indian leaders recognised the toll divisive politics was taking on the country.

“When we work together in recognising the divisive forces at work, and act against them together, only then we can make for a stronger nation,” she said. “We simply cannot allow the next generation to grow amidst growing hatred and narrow confines of resentment towards people of other communities.”