“Israel Defense Forces fighter jets and aircraft struck a number of terror targets in a Hamas military compound in the northern Gaza Strip,” a military spokesperson said in a statement.

The spokesperson said that the strike was carried out in response to balloons carrying explosive material launched from the Gaza Strip into Israeli territory earlier on Tuesday. 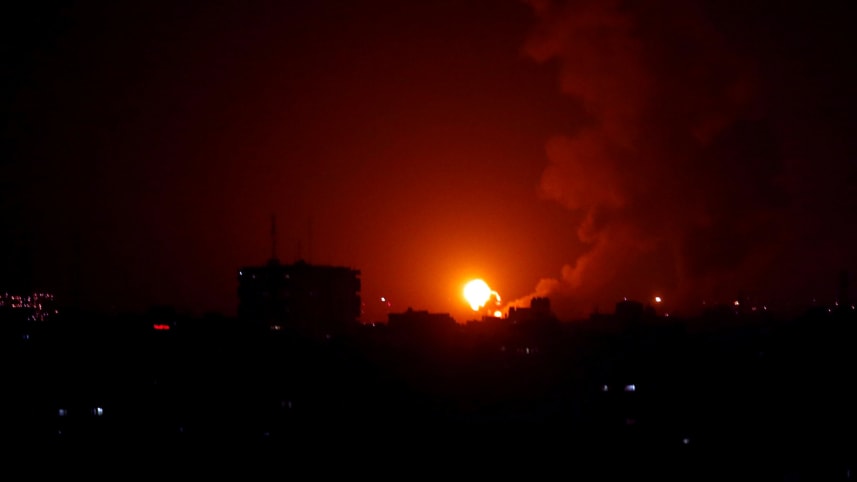 The spokesperson warned that Israel holds Hamas, an Islamist Palestinian movement that runs Gaza, “accountable for all events transpiring in the Gaza Strip and emanating from it.”

The spokesperson added that the military “views any attempt to harm Israeli civilians with great severity and will continue to operate with determination against these attacks.”

Similar incidents occurred on Monday and Sunday, with the army attacking Hamas posts after helium-filled balloons with explosives or incendiary materials were sent toward southern Israel.

Over the past months, Palestinians have occasionally sent balloons with incendiary materials or explosives amid protests and clashes along the fence between Gaza and Israel. (Agencies)