ISLAMABAD: Foreign Minister Shah Mehmood Qureshi has said that a resolution passed by the Organisation of Islamic Cooperation (OIC) in its recent meeting at Abu Dhabi has endorsed Pakistan’s stance on Kashmir and caused humiliation to India.

Speaking in the National Assembly on Monday, the minister lauded the role of the opposition and the unity displayed in parliament and said Pakistan would oppose if any move was made to give OIC’s permanent membership to India, Dawn reported.

“The one who was invited [India’s External Affairs Minister Sushma Swaraj] in the session could not get the objective we achieved without attending the event,” he said.

Qureshi said the OIC had endorsed Pakistan’s stance about India’s aggression and cruelty in occupied Kashmir and now people of India were questioning what Sushma Swaraj had attained in the OIC meeting. 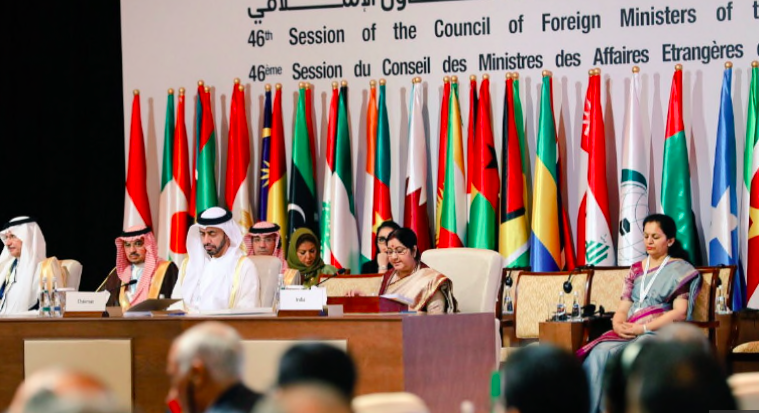 He said New Delhi had been trying for a long time to get the OIC membership with the plea that a large number of Muslims were living in India, but the whole Muslim Ummah staged a protest against brutalities committed to the helpless Kashmiris who were fighting for their freedom for decades.

“Muslims are also living in Israel and Myanmar, but the OIC’s permanent membership cannot be given to them,” he added.

Khawaja Mohammad Asif of the Pakistan Muslim League-Nawaz (PML-N) told the assembly that it was because of Pakistan’s decision to boycott the OIC meeting and the unity showed by the opposition and the government over the Indian attack in Balakot on Feb 26 the OIC passed the resolution that endorsed Pakistan’s stance.

“The OIC resolution has further strengthened our position,” he added.