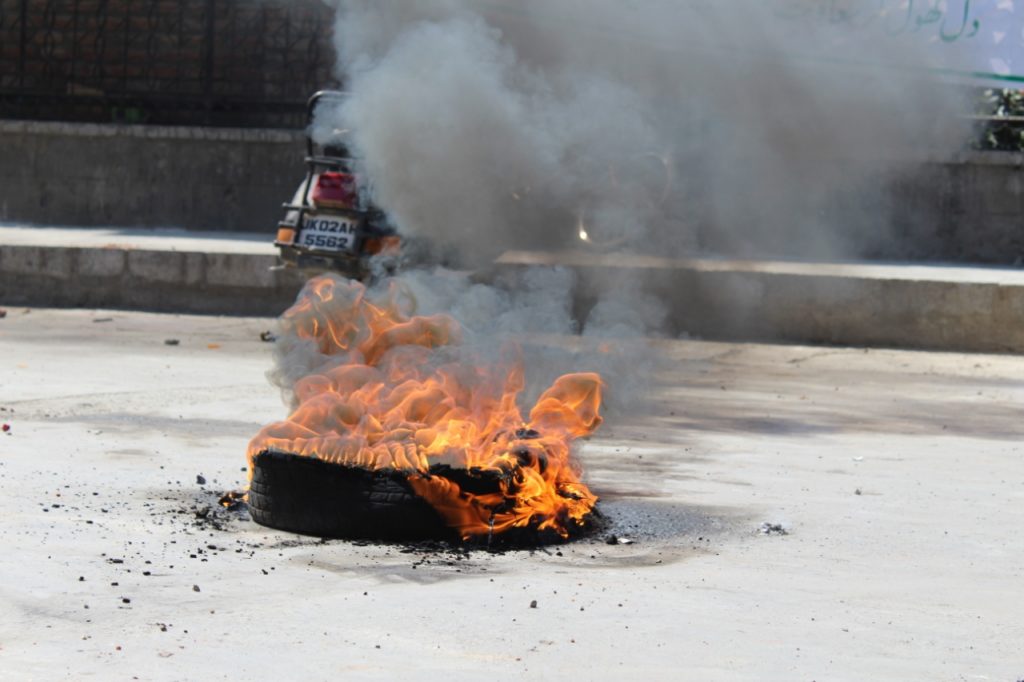 Tyres burnt down during the clashes between youth and the police. Pic: Imran Ilahi

Reports said that after the killing of one militant in the area, the youth took to the streets and pelted stones on forces.

They said forces in response used tear gas canisters leading to intense clashes in the area.

Earlier, one militant was killed in a gunfight at Warpora area.

Reports said that the one unidentified  militant was killed in the encounter that broke out during intervening night of Thursday-Friday after Army’s 22 RR, and SOG launched a cordon-and-search operation in Warpora area of Sopore. (KNO)