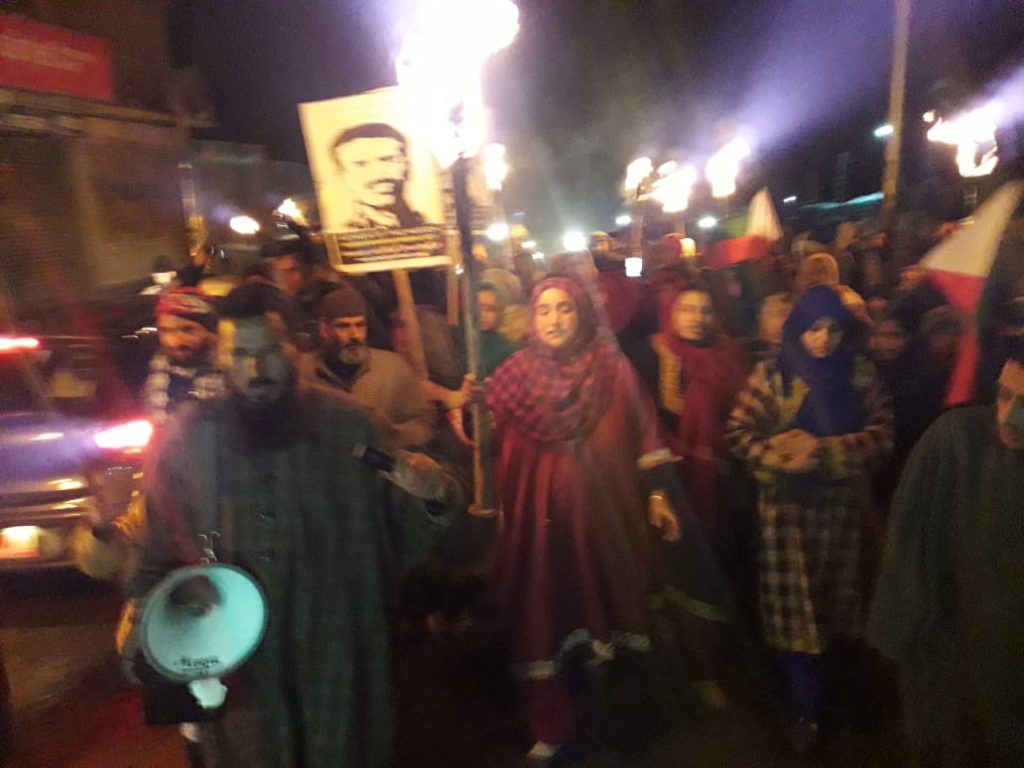 Srinagar: On the eve of 35th death anniversary of Maqbool Bhat, scores of people on Sunday evening staged a candlelight protest at Trehgam area of north Kashmir’s Kupwara district.

Maqbool Bhat, a resident of Trehgam village in frontier Kupwara district, was hanged and buried by the Government of India on 11 February 1984 in Tihar jail, Delhi.

Scores of people including family members and relatives of Maqbool Bhat took out a peaceful candlelight march led by Bhat’s sister Mehmooda Begium from their house up to the main market Trehgam.

Meanwhile, official sources said that authorities will impose restrictions in parts of Kupwara including Trehgam in wake of the shutdown call given by the joint resistance leadership (JRL). (GNS)