Any agreement on Afghan crisis to address Pakistan’s equities: US

Srinagar: The US military strategy for South Asia includes assuring Pak­istan that its “equities” are acknowledged and addressed in any future agreement in Afghanistan, says a key American general.

Testifying before the Senate Armed Services Committee earlier this week, Gen Joseph Votel also said that “some military cooperation activities” between the US and Pakistan have continued even though the Trump administration has suspended security assistance to the country, Dawn reported.

“Our posture with Pakis­tan involves supporting our colleagues at the Department of State as they pursue a diplomatic solution with Islamabad to end the conflict in Af­ghanistan while ensuring that Pakistan’s equities are acknowledged and addressed in any future agreement,” he said.

Islamabad has never hesitated in sharing its concern with Washington that it feared a hostile setup in Kabul would be used, particularly by India, for stirring troubles in Pakistan. American analysts in Washington claim that it’s this fear that has prevented Islamabad from severing its ties to the Taliban, the Dawn report said.

Gen Votel, however, told the committee members that Pakistan was an important regional player — not just because of the Afghan conflict — and that’s why Washington wants to retain its relationship with Islamabad. “As a state possessing nuclear weapons that sits at the nexus of Russian, Chinese, Indian, Iranian, and US geopolitical interests, Pakistan will always be a country of importance to the United States,” he said. 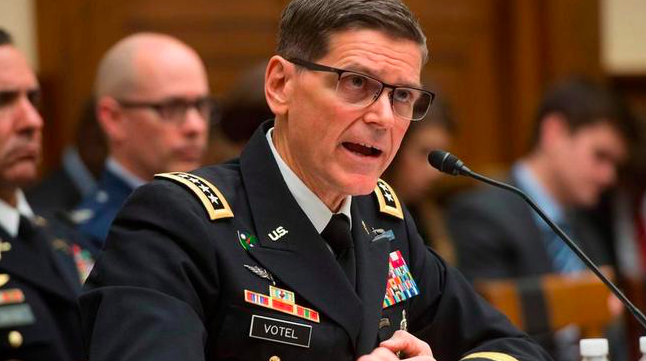 Gen Votel also acknowledged the positive role Pakistan has played in arranging the ongoing dialogue between US and Taliban officials in Doha, Qatar, and hoped that this cooperation would continue.

Noting that ‘regionalisation’ was a key part of the US strategy for Afghanistan, the general said: “Pakistan, in my estimations, has played a more helpful role, a more constructive role in helping us move forward towards this objective.”

As head of the US Central Command, Gen Votel is directly responsible for US military and anti-terrorism operations in the Pak-Afghan region. “Pakistan presents the US with challenges and opportunities in the execution of our South Asia Strategy,” he told the Senate panel, but also complained that Pakistan’s actions were “often a source of frustration” to US regional efforts in Afghanistan.

Gen Votel said that Pakis­tan has taken positive steps to assist Special US Repre­sentative of Afghanis­tan Zalmay Khalilzad in support of Afghanistan reconciliation by facilitating talks with the Taliban. But Pakistan “has avoided taking any concrete or irreversible steps such as arresting or expelling Taliban leaders who do not cooperate with reconciliation efforts”, he said.