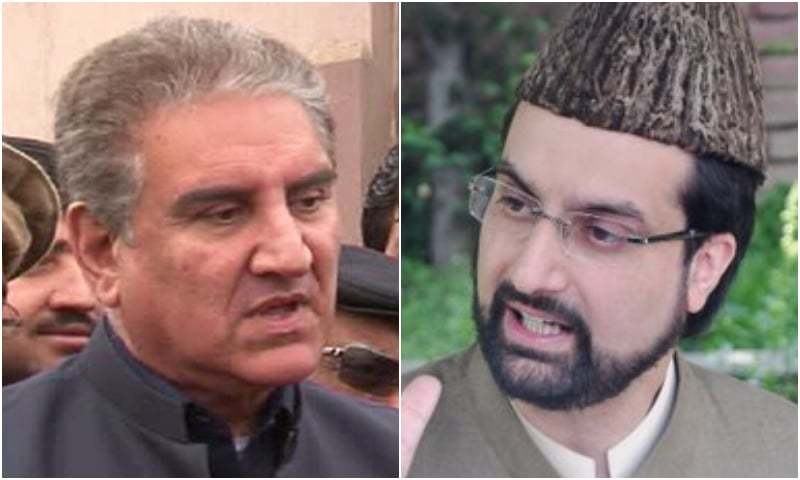 Foreign Office Spokesperson Dr Muhammad Faisal during a weekly briefing on Thursday said that India had summoned Pakistan’s high commissioner to New Delhi on Wednesday night to lodge a protest over Qureshi’s telephone call to Farooq.

Pakistan rejected India’s objections to the telephone call and reaffirmed its support for the Kashmiri struggle for self determination.

“Kashmir is a disputed territory. The Indian government’s move to summon the Pakistani high commissioner is an attempt to influence the upcoming elections,” the FO said, adding: “If you wish to contest your elections, don’t involve us in them.”

Foreign Secretary Janjua made it clear to the Indian diplomat that Pakistan would continue to extend support to the people of Kashmir, the report said.

The FO spokesperson explained that Pakistani leadership has always communicated with Kashmiri leadership, and that Qureshi’s phone call was not anything new.

In a statement, the FO reiterated that Kashmir is an outstanding dispute between India and Pakistan.

It added that Pakistan is committed to extending political, diplomatic and moral support to Kashmiris and would maintain support and solidarity with them until the dispute is resolved in accordance with United Nations Security Council resolutions and the wishes of the Kashmiri people.

Qureshi on Tuesday had briefed Mirwaiz of Pakistan’s efforts to highlight the Kashmir issue at all international forums and to “expose brutalities committed by Indian security forces” in the Kashmir. He was of the view that India should permit a Commission of Inquiry to visit Kashmir.

Farooq had appreciated the Pakistani government’s efforts and asserted that “Indian atrocities” would never be able to suppress the will of the people of Kashmir. He had added that Kashmiris would continue to raise their voices against “Indian repression” and black laws.

The foreign minister had informed Mirwaiz of upcoming events being organised in London at the House of Commons and an exhibition being held in the British capital on Feb 4 and 5. Farooq had said that although he wished to attend, his and his contemporaries’ passports had been confiscated by the Indian government to prevent them from travelling abroad.