Srinagar: J&K ERA has imposed a further penalty of Rs 2.00 crore on the Contractor (M/S Simplex Infrastructure Limited) executing work on the Jehangir Chowk –Rambagh Flyover for its failure to complete the 2nd Phase of the flyover i.e (Rambagh – Alochibagh stretch).

Chief Executive Officer, J&K ERA Dr. Raghav Langer  said that as per the revised time schedule submitted by M/S SIL (Simplex Infrastructure Limited)  had to complete the structural portion of 2nd phase of the flyover project by 31st December 2018.

However the same has now got delayed till end of February – 2019 due to sub-optimal manpower, material and machinery deployed by the contractor. The Chief Executive Officer said that strict monitoring of milestones for the mega project is being done on a continuous basis and the contractor shall be penalized under relevant sections of contract agreement for delaying the work.  It may be recalled that in the month of October 2018 the contractor has already been penalized with an initial penalty of Rs. 1.25 crore by J&K ERA. 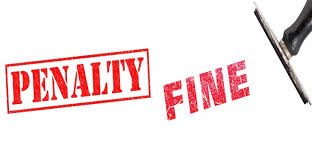 The CEO J&K ERA has also directed the project staff to impose employer’s claims under relevant clauses on the contractor for delays in the project and additional burden being put on the state exchequer on account of salaries of employees and extension of tenure of the Design & Supervision Consultants deployed on the project by Government.

Meanwhile, J&K ERA is constantly engaged with the contractor to ensure that the remaining structural works that include erection of girders, laying of deck slabs, retaining walls, etc. on 3rd phase of the flyover from Alochibagh to Jehangir chowk gets completed as per agreed timelines. It has been reiterated to the contractor to professionally execute the contract agreement or face action in future as well.

The contractor is supposed to make the complete stretch of flyover motorable by June 2019 as per his submitted work plan.