New Dehli: Jammu and Kashmir State today bagged the award for ‘Best Performing State’ for its contribution in effective and active participation in Swasth Bharat Yatra-2018 and ‘Best Performing City Activation’ for Jammu and Srinagar cities. 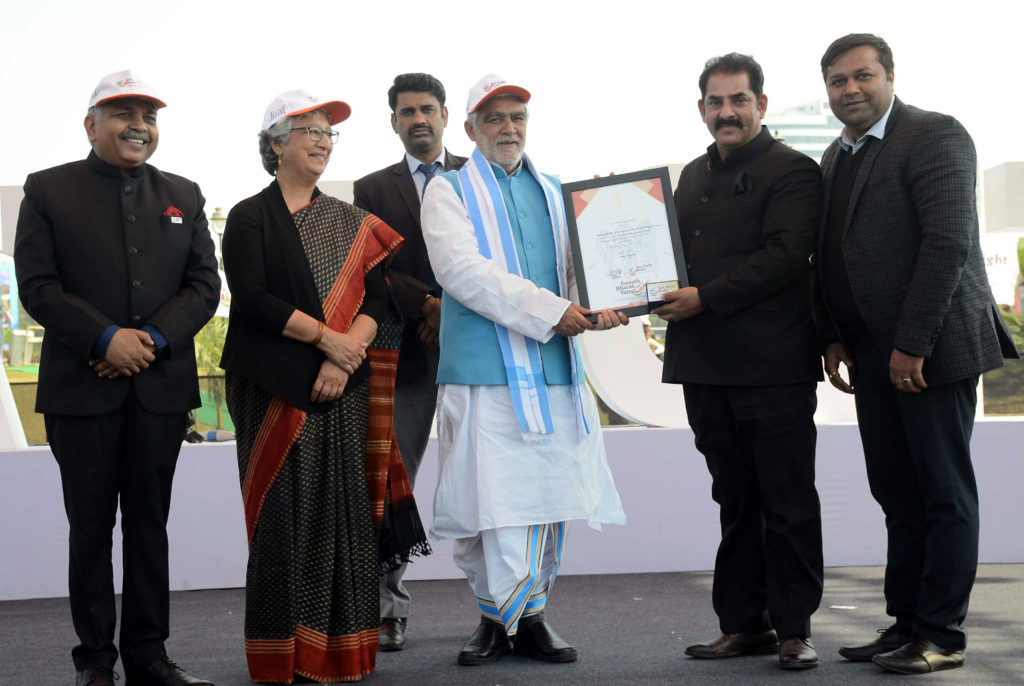 The function was organized by Food Safety and Standards Authority of India to award active participant states to promote the concept of ‘eating right for a healthy life’.

The mass awareness programmes on ‘Eat Right India Movement’ during 100-day long countrywide ‘Swasth Bharat Yatra’, were launched officially on 16th of October 2018 on the eve of World Food Day from Leh and covered all the divisions in Jammu and Kashmir.

The Yatra re-energized Food Safety Ecosystems across the states and created a network of partners and brought to the world critical importance of healthy eating habits as the cornerstone of preventive healthcare.

More than 10,000 volunteer cyclists covered over 20,000 kms across 36 states and union territories spreading the message of ‘Eat Safe, Eat Healthy and Eat Fortified’.

Jammu and Kashmir state despite having difficult terrain and harsh weather completed Track-I campaign in the span of 46 days by utilizing available residence to optimum, covering approximately 1600 Kilometres and traversed 28 destinations.

The Yatra was carried out in the state under the overall supervision of Dr. Abdul Kabir Dar, Commissioner Food Safety J&K. The Yatra witnessed huge enthusiasm from the public despite adverse weather at many places in the state.

Speaking on the occasion, Commissioner Food Safety Dr. Dar said that it was due to sheer dedication of the district teams constituted by the Commissionerate and incessant cooperation and enthusiasm of the stakeholders who actively participated in the Yatra.

He also urged all the stakeholders to cooperate and collaborate with the Commissionerate to organize more such programmes in future to sustain the movement for a healthy tomorrow.