Militancy in Kashmir is not in guns but in brains: Governor 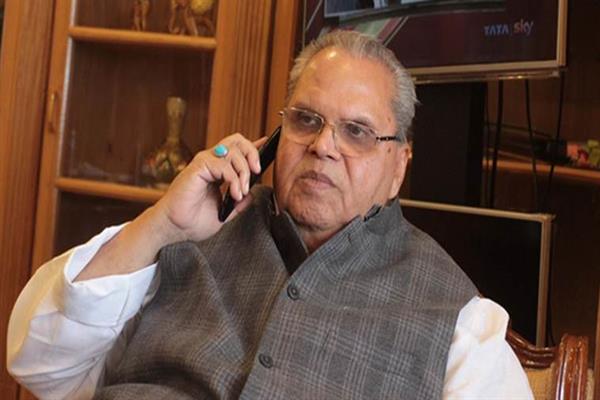 Jammu and Kashmir Governor, Satya Pal Malik on Thursday said that the militancy in Kashmir is not in guns but in brains, saying that the killings even that of militants is painful.

Talking to reporters on the sidelines of the function in Jammu, Governor Malik said that the forces including Jammu and Kashmir Police is doing fine in dealing with the militancy.

“I always appreciate them and took every possible step for them so far,” he said.

He added that forces including were facing tough challenge as they are carrying out the operations even in snowfall and midnights.

Complementing forces for their job, Governor Malik further stated that “though the security forces are doing fine job in the Valley in dealing with the militancy but the killings even that of militants is always painful and we want them to return.”

“The militancy in Kashmir is not in the guns but in brains. So, we are trying to eradicate that from the minds of people as militancy is no solution and can’t help in resolving real issues,” he added.