J&K bank belies Government claims; says it does not come under ambit of RTI act 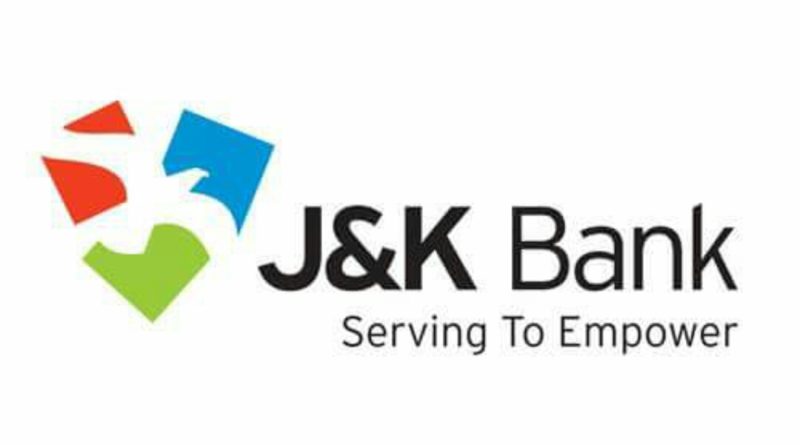 Srinagar: Belying government claims, the Jammu and Kashmir Bank has made it clear that the bank does not come under the ambit of Right to Information Act (RTI).

The statement of the bank has deflated the Governor SP Malik led State Administrative Council (SAC) claims/orders wherein it had stated that the government has turned the JK bank into a Public Sector Undertaking (PSU) and brought it under the ambit of RTI act.

The response of the bank came after a RTI application was filed seeking details of those persons which Governor Malik claimed during a TV interview that they were appointed after the previous PDP-BJP Government changed the complete selection list of 582 candidates in Jammu and Kashmir Bank so as to appoint political workers at their place.

The RTI application, which was filed by the J&K RTI movement led by Dr. Sheikh Ghulam Rasool, sought names, qualifications and other details of the candidates in question from the Governor’s office.

As such the Governor’s office forwarded the letter to the General Administration Department, who forwarded it to the finance department and subsequently it reached the JK bank offices.

In its reply to the application, the JK bank made it categorically clear that it does not come under the ambit of RTI act.

“In this regard, please note that J&K bank Ltd, a company incorporated under J&K Companies Act of 1977 Samvat like other private sectors banks, does not comes within the ambit of “Public Authority” as defined section 2(f) of the RTI act,” the JK bank wrote.

“Therefore the RTI Act is not applicable to the J&K bank.”

The bank also emphasized that the he applicants should note:

“that no  ‘Notification has been issued by the government thus far in this regard for bringing the bank within the purview of RTI ACT, 2009’.

“In view of this legal position, our bank does not provide any information under the RTI Act to any person”. 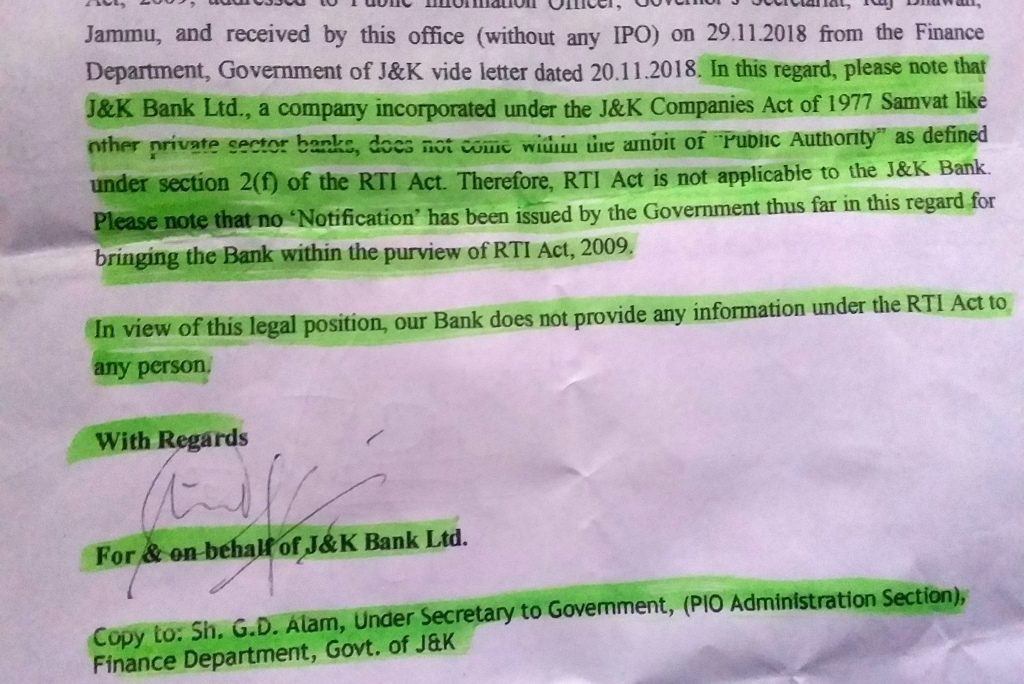 The JK bank reply in response to a RTI application on January 09, 2019

The bank’s stated position is in complete contrast with the SAC which had earlier said the Bank was a PSU and will come under the purview of RTI act.

“Extension of RTI Act and CVC guidelines is only aimed at promoting Good Governance and transparency in the functioning of the Bank, as this premiere financial institution has often been questioned on both these counts by the general public,” an official spokesman had said defending the SAC decision.

The government had said while concerns have been raised in certain isolated quarters, people of the State by and large have hailed the decision across the board as a welcome step.

“The concerns raised by certain isolated quarters mainly relate to the operational autonomy of the bank,” the spokesman said and clarified that the State Administrative Council (SAC) decision has three main elements including J&K Bank being treated as a Public Sector Undertaking, the Bank being brought under the ambit of the Right to Information (RTI), the Bank to follow CVC guidelines and the Bank to be accountable to the Legislative Assembly and its Annual Report to be tabled in the State Legislature.

The government then had made it clear that as far as treating J&K Bank as a PSU is concerned, it was just a matter of fact and only restating the obvious.

“Since the State Government holds 60% of majority shares in J&K Bank, for all practical purposes, it is a Public Sector Undertaking,” the government had stated.