I am a man of system, would be happy to change things by being in the system: Shah Faesal 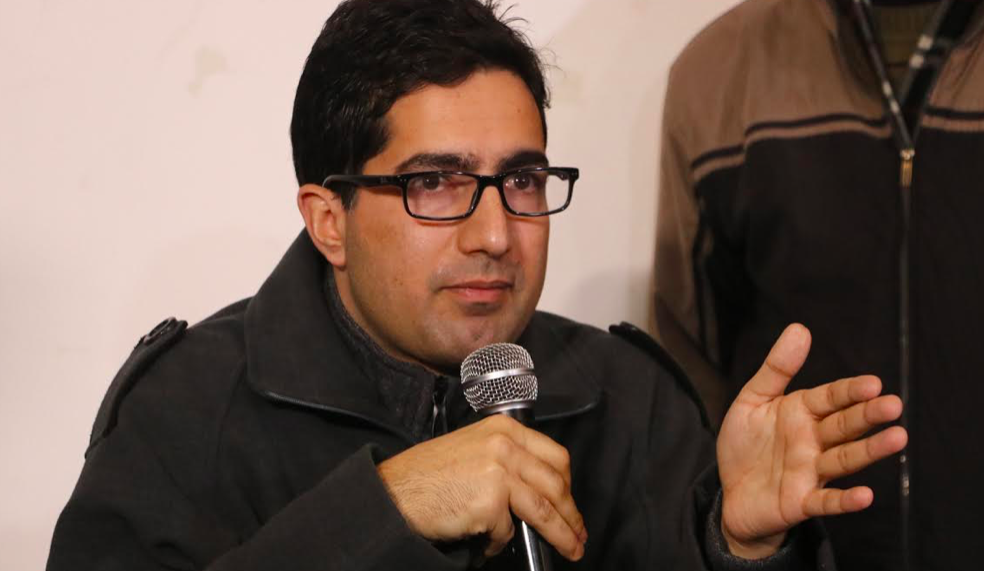 Srinagar: While categorically rejecting the idea of joining the pro-freedom politics, bureaucrat turned aspiring politician, Shah Faesal said that he was a man from the system and will like to change things by being within the system.

“I am a man from the system and I would be happy to change things by being in the system,” Faesal said during a presser at a local hotel here in Srinagar.

In response to a question if people will ask him to join Hurriyat, Faesal said;

“I am trained in administration and governance. Hurriyat doesn’t give me that opportunity as they don’t believe in electoral politics”.

Faesal, who hogged limelight after he topped IAS from Kashmir in 2009, resigned from civil services on last Sedateness.

He attributed his decision to the “unabated killings in Kashmir”, the government’s refusal to initiate a political process in the state and “marginalization of the Indian Muslims”.

“After serving for around nine years in the IAS I have decided to quit. Absence of political initiative killings of youth in Kashmir reason for resignation”

My resignation has to do with what has happened outside. It is time to speak up, this is small act of defiance,” Faesal said.

“The rise of mob lynching nationalism in India has led to my discomfort. The rise of lynch mob politics targeting religious and ideological minorities a source of dejection for me

He also said that state organs were used apparently for the political reasons.

“I’m disgruntled the way institutions like RBI, CBI, NIA have been misused. Due to service rules conduct I could not have spoken about these issues. I feel relieved by speaking up”.

“A culture of hate and intolerance is being used for electoral gains in India,” Faesal said.

Soon after the news of Faesal’s resignation surfaced, social media was flooded with posts and writings discussing as to why Faesal resigned and what would be his future plans. The grape vine from quite long was that he would join the National Conference led by Omar Abdullah.

The rumors started to appear real when Omar Abdullah was the first to welcome Faesal’s decision.

But for now, he ruled out that he was joining any political party.

“As of now I have no plans to join any mainstream political party. We do need well meaning people in electoral politics. We need to bring about a change,” Faesal, who was receiving a barrage of questions from the reporters, said.

“I see myself as a addition and not as an alternative to (mainstream politics in Kashmir), will use narrative that echoes sentiment of the people”.

Faesal said that “mainstream politics have to be re-imagined.

“I won’t join any political party for now and go to ground to people, but will take the decision once I get feedback from people,” he said.

He suggested that “mainstream” parties should open up to the vocabulary in which some words like Azaadi, Right to self determination and plebiscite are considered taboo.

He said that there is denial of justice and lack of political initiative from Delhi.

“Wish to remind the central government that right to life of Kashmiri young lives must be respected,” Faesal said.

When asked that he might end up being used by the “deep state” as it happened in the past, he said:

“We have bad experience of past. But I have the qualification that deep state can’t use me but I can use them”

“It is time to disrupt the politics in India and in Kashmir,” he added.

“But we live in a conflict zone. I’d be happy to replay Imran and Kejriwal,” he said.