Norway PM says will mediate on Kashmir issue only if India, Pakistan desire

Srinagar: Norway on Monday said it is ready to mediate on the Kashmir issue only if such an intervention is desired by India and Pakistan though tensions between the South Asian countries could result in lower investments in key sectors such as health and education.

Over the years, Norway has played a key role in mediating in hot spots such as Palestine and Sri Lanka, and former Norwegian premier Kjell Magne Bondevik’s visit to Srinagar last November triggered speculation that Oslo could be eyeing a role in mediating in the Kashmir issue.

Asked whether Norway could play a role in mediating between India and Pakistan on Kashmir in view of its role in neighbouring countries such as Sri Lanka, visiting Norwegian Prime Minister Erna Solberg said that “nobody from the outside can make peace or make changes”. 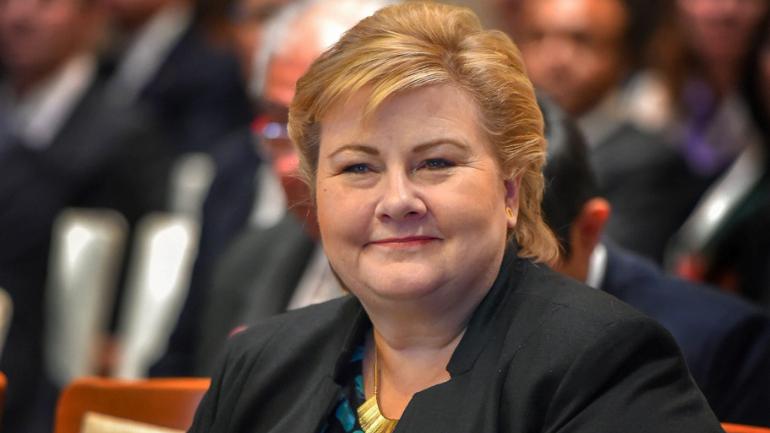 “So, if there is a movement in India and Pakistan for having talks together, of course, we…and other countries that would say we can help in anything if there is a possibility. But it has to be partner driven, it has to be those who are part of the conflict,” she said during a media interaction after inaugurating the new green building of the Norwegian embassy.

“Our government policy is very clear – if we are going to help somewhere, they have to ask for it, it’s not an initiative that…comes from the outside,” she added.

Solberg said India and Pakistan were “big enough countries to make sure that they can also decrease tensions between them without help from the outside”. Former premier Bondevik’s visit to Srinagar was as a private citizen and not part of a “governmental plan to start any negotiations”, she added.

She acknowledged that Norway’s efforts in Sri Lanka weren’t a success. “I’m sorry to say I don’t think our Sri Lanka efforts led to a big success and I’m still sorry for the way that the conflict in Sri Lanka ended up,” she said.

Solberg said she did not personally believe that “military solutions solve problems”, whether it was in Kashmir or in Syria. She added, “I believe in participation of women and youth in peace negotiations…You can have a victory through a military but you will still have the problems within…”

Both India and Pakistan have to “find the time for when they want to start talking about things” but all countries that have “higher military expenditure because you are not so friendly with the neighbours” face the possibility of using less money on key sectors such as education and health, Solberg said.

Norway has a long tradition of cooperation with India and a record number of Norwegian businesses are looking to find partners in India to produce goods for the burgeoning Indian markets and to create jobs in both countries, Solberg said.