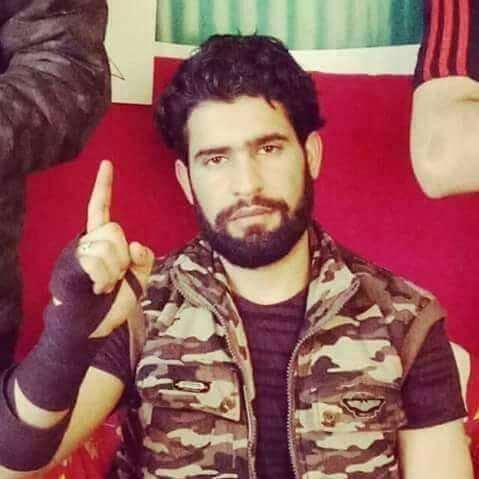 Srinagar: Zakir Musa led Ansar Gahzawat-ul-Hind (AGH) outfit is left with only four militants after six of its members were killed during a recent encounter with government forces at Arampora village of south Kashmir’s Tral area, police sources said.

The police said the group led by AGH head Musa, who parted ways from the Hizbul Mujahideen, was not much significant except that it grabbed limelight for rebelling against the pro-Pakistan groups.

“There were some  year old militants among the six militants of AGH killed recently at Tral,” police sources told The Kashmir Press.

“But, if you think that operationally they had created any impact, they had not done so. Few of the slain militants might be involved in helter-skelter attacks. But, they were not source of any major disruptions which could have created some kind of pressure on forces”.

Sauliha along with Shakir Dar, both of whom got killed during separate encounters, with forces were first to join Musa in May 2017. Dar was killed in November this year

Two of the AGH militants including Owais Nabi and Shabir Ahmad were killed in Balhama, located on the outskirts of Srinagar.

“The four alive militants of AGH including Musa hail from the same Awantipora-Tral belt as far as our information is concerned,” sources said.

“He was not spotted there,” sources said.

“But, the chase continued”.

On the very next day, police sources said, Akhoon’s track led them to the nearby orchards bisected by a deep gorge with a running stream.

“It was close to Akhoon’s house. It was their hideout. It  was located on the slope of the gorge and was covered with the bushes and tree branches,” police sources said.

“When the place was raided by forces early morning, Sualeh was standing outside the hideout. He was first to be shot and he died there only. The other five came out, but did not give any resistance. They too were killed”.

The encounter finished in 10 to 15 minutes, police sources said.

The police sources said among the six killed, Sualeh was the most important in the AGH group.

“He had a bit of experience,” sources said.

“Sualeh was the man who would arrange weapons for the group. He had sources in the frontier district of Kupwara who would bring weapons. We arrested few workers of AGH from Kupwara who later confessed that they were smuggling weapons to Tral belt for Sualeh”.

The police sources, however, said that it was not clear whether these killings will be helpful in keeping the militants away from the AGH.