A spokesperson of Mirwaiz said that Mirwaiz, who was under house detention, defied the house detention and tried to march towards Badami Bagh Army Cantonment against the “unabated killings” by Indian forces all over the Kashmir especially in South Kashmir’s Pulwama where “trigger happy” forces have “massacred” 7 youth and injured hundreds by using live bullets and pellets. 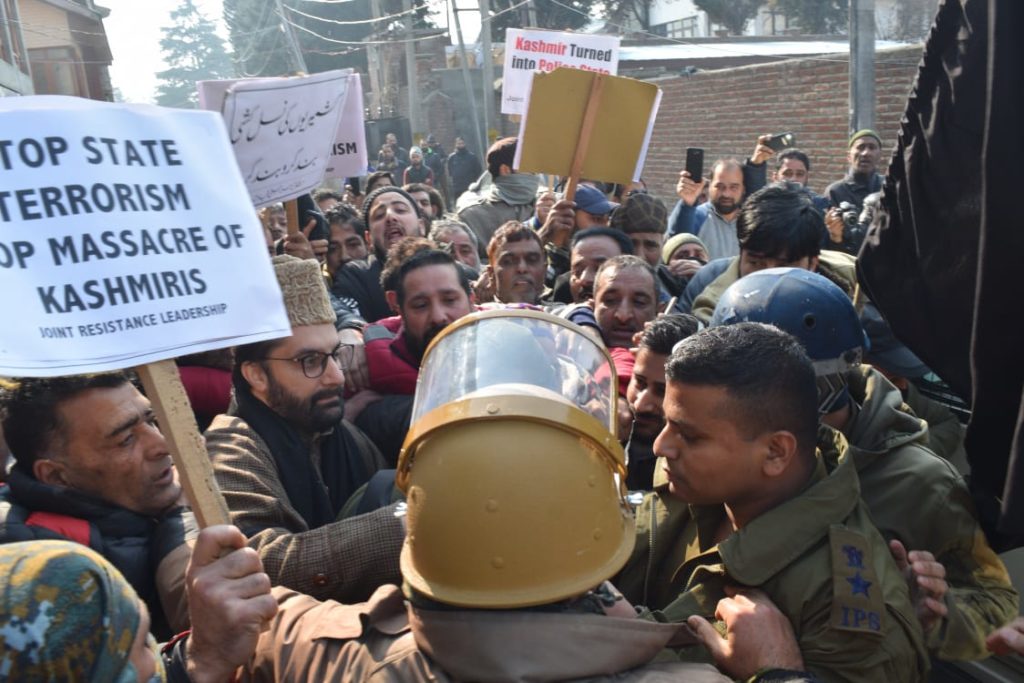 Addressing the supporters outside his residence, Mirwaiz said that it has become the routine of Govt forces to vandalise and blow up the houses, beat people in Kashmir in the name of CASO. “It is the frustration of Indian forces as they have just lost war in Kashmir.”

“As Mirwaiz tried to defy his house detention to march towards Badam Bagh Army Cantonment, number of police personnel already deployed outside his Nigeen residence detained him along with his supporters and lodged him Nigeen Police Station.”