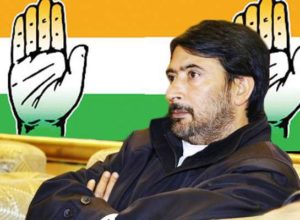 Srinagar: Buoyed by the win of the party in Chhattisgarh, Madhya Pradesh and Rajasthan, the Jammu and Kashmir Pradesh Congress Committee on Wednesday said the party will emerge as the single largest party in the upcoming elections.

Addressing reporters in Srinagar, JKPCC president G A Mir said the Congress hopes to emerge as the single largest party in the assembly elections due next year.

“As you saw the atmosphere of the country. We have been saying it before as well that divisive and hate politics will be rejected by the voters,” said Mir, adding that PM Modi and the BJP tried to divide the country through their ‘politics of hate’.

He said that the voters of ‘Hindi heartland’ rejected the politics of hate by voting for the Congress party in Rajasthan, Chhattisgarh and Madhya Pradesh.

“We hope that this trend will continue in 2019 (the time of parliamentary polls) as well,” he said