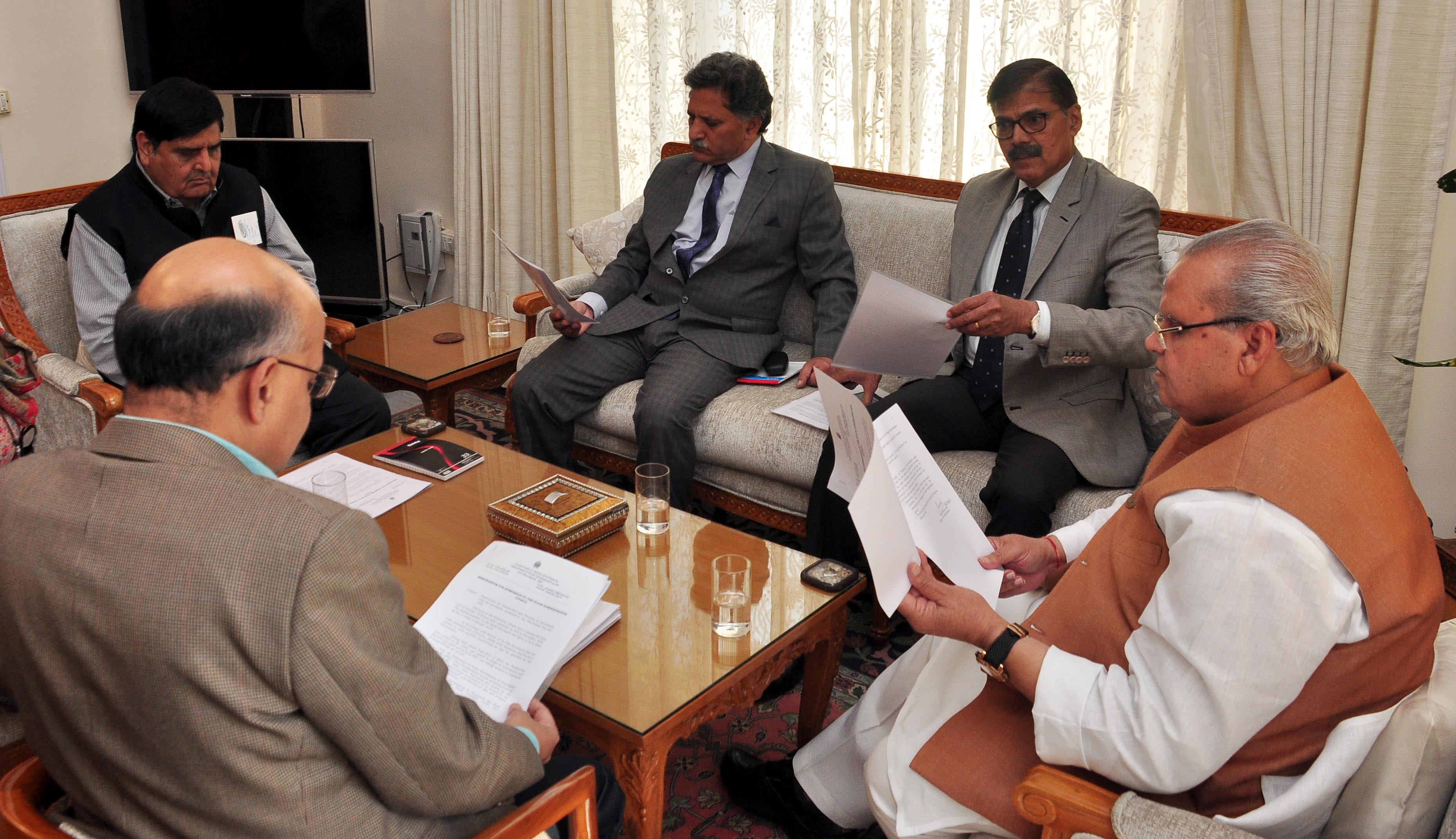 Srinagar:: Criminal and department proceedings can be held simultaneously except in cases where the Court has specifically restrained the Government from undertaking departmental proceedings, governor administration said in a circular issued here regarding the departmental inquiry.

The Supreme Court in the case titled: ‘State of Rajasthan Vs Sh. BK Meena and Others” has held as under: “..the approach and the objective in the criminal proceedings and the disciplinary proceedings is altogether distinct and different. In the disciplinary proceedings, the question is whether the respondent is guilty of such conduct as would merit his removal from service or a lesser punishment, as the case may be, whereas in the mode of enquiry and the rules governing the enquiry and trial in both the cases are entirely distinct and different. Staying of disciplinary proceedings pending criminal proceedings to repeat, should not be a matter of course but a considered decision. Even if stayed at one stage, the decision may require reconsideration with the criminal case gets unduly delayed..

In view of the settled legal position that the criminal proceedings and department proceedings can be held simultaneously except in cases where the Court has specifically restrained the Government from undertaking departmental proceedings, the government wrote in the circular.

“In view of the above, it is impressed upon all Departments to initiate departmental proceedings in all such criminal cases where the criminal proceedings have been initiated and the alleged criminal act amounts to act(s) of misconduct and as such attracts the provisions of Jammu and Kashmir Civil Services (Classification, Control And Appeal) Rules, 1956. The departments should accordingly, take recourse and strictly adhere to aforesaid Rules of 1956 wherever Departmental Enquiry in such case(s) has to be initiated.”