In pictures: The funeral prayers of two teenage militants in north Kashmir’s Hajin 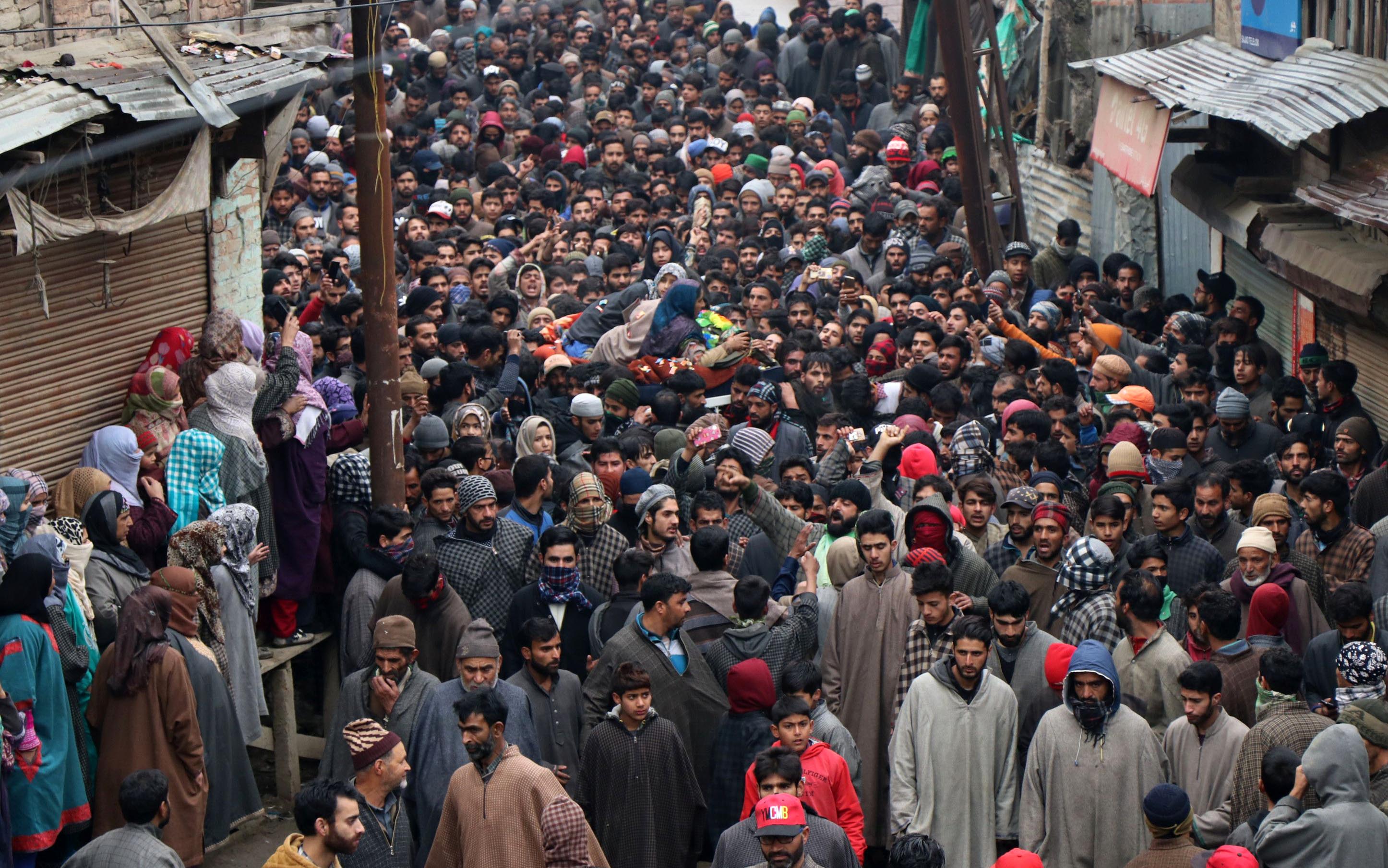 Two teenage militants Mudassir Parray, 14 and Saqib Sheikh, 17 were killed in an 18-hour-long gunbattle with government forces Sunday morning in Mujgund area of Srinagar city along with a Pakistani militant who was identified as Ali. 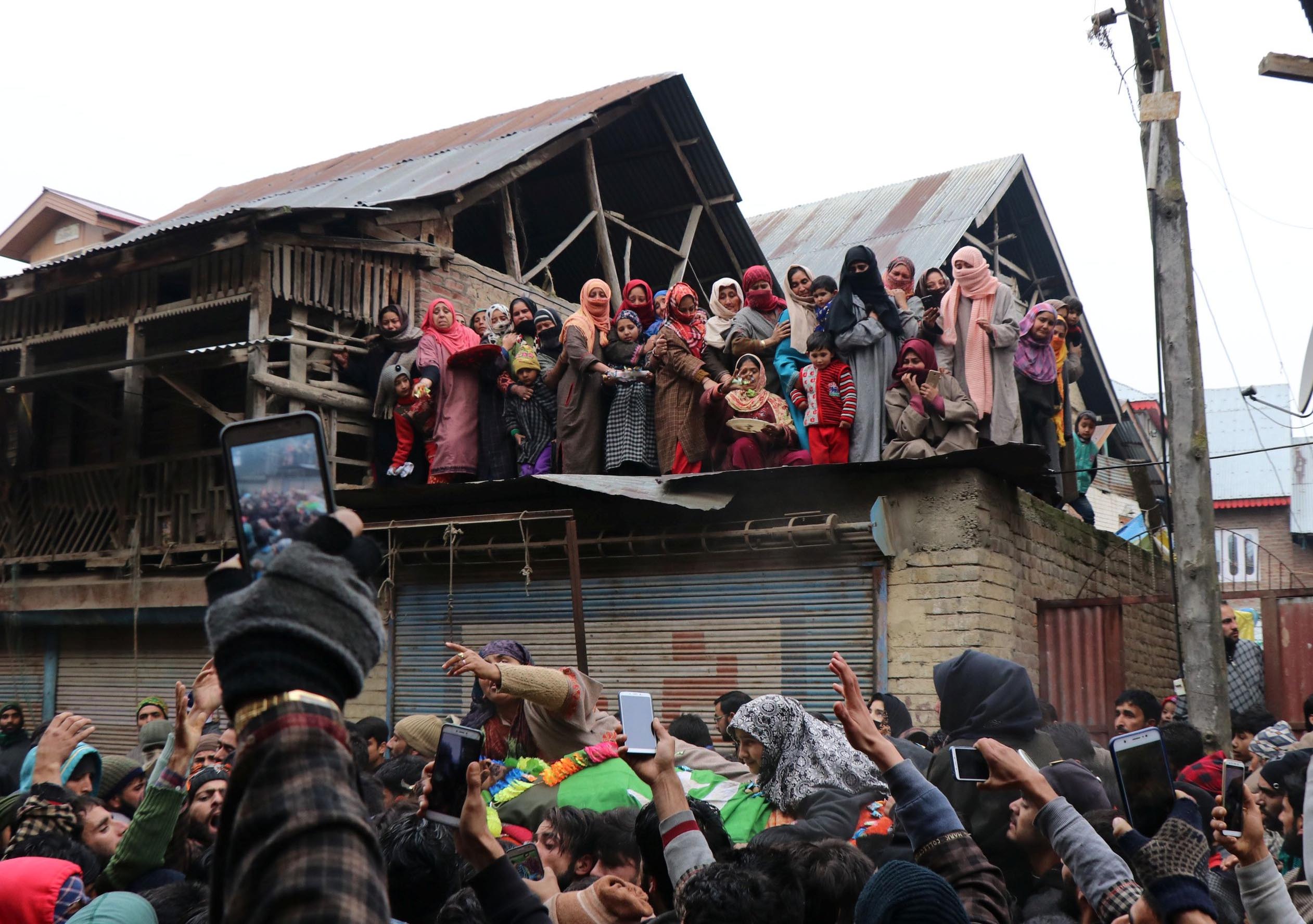 Reports said that amid massive pro-freedom slogans, women wailed and sang dirges as the bodies were lowered into the graves at Martyr’s graveyard near Jamia Masjid. 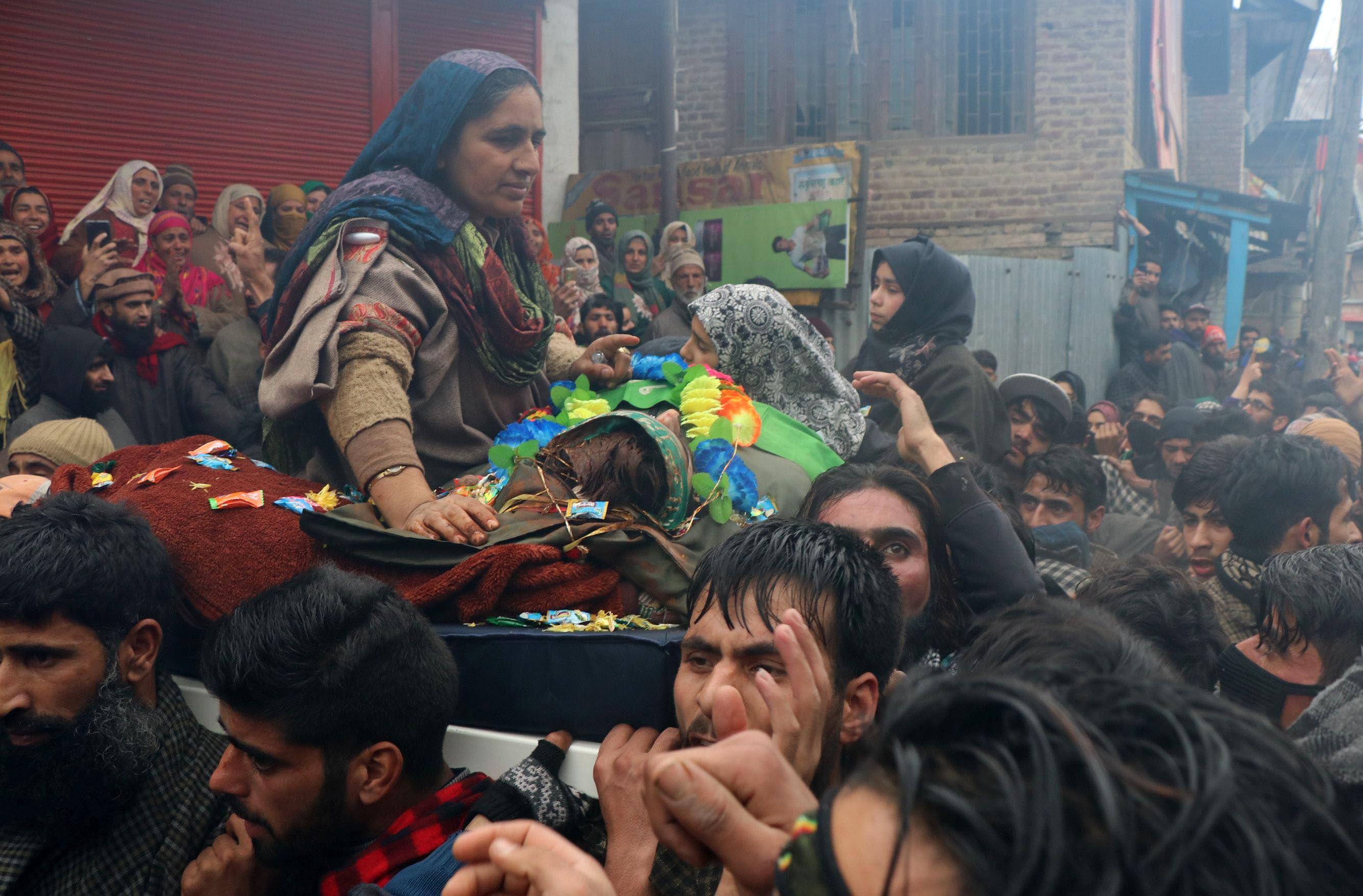 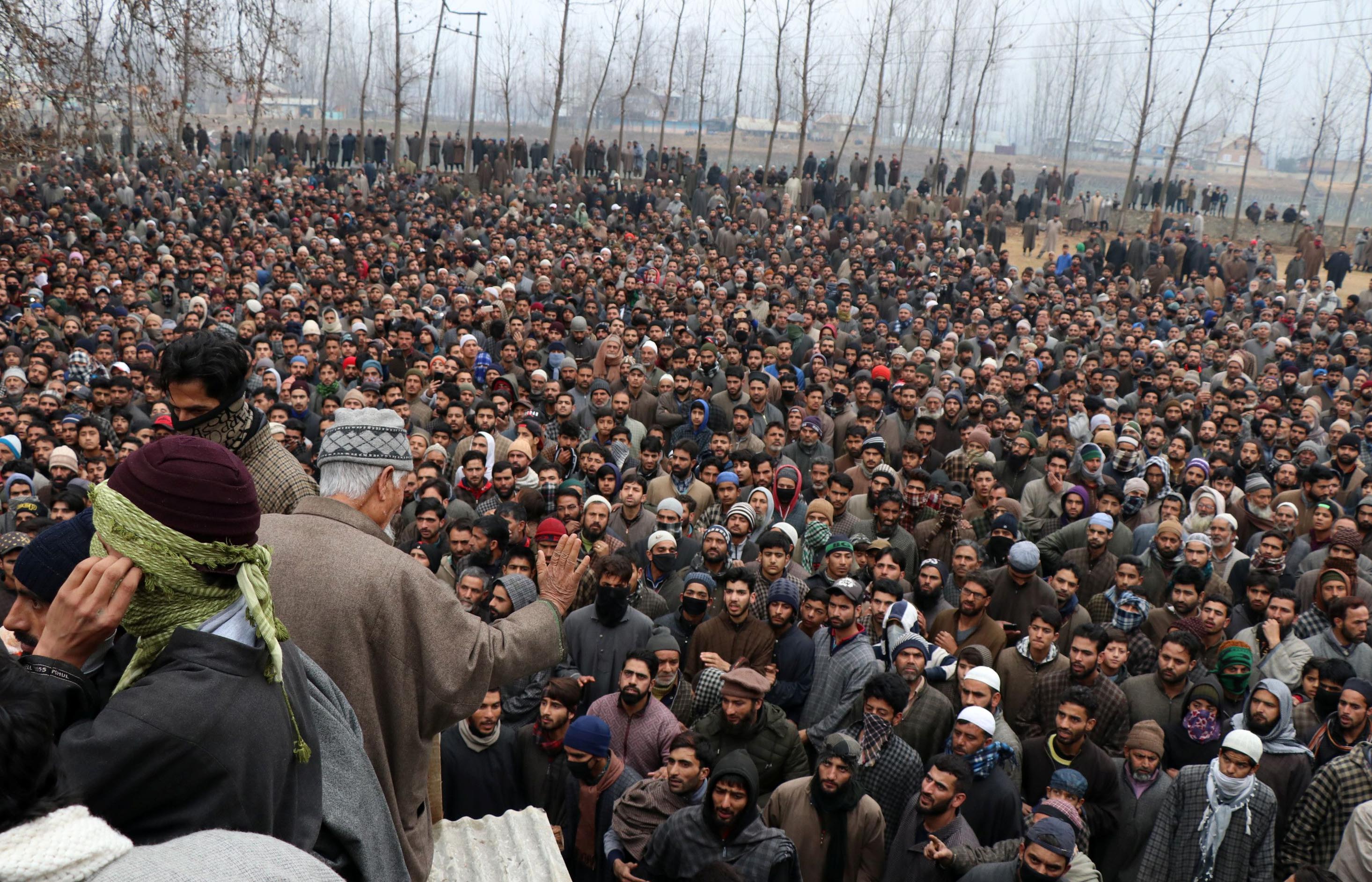 Before funeral prayers, the slain were carried through the villages while freedom songs blazed through loudspeakers of the local mosques. The women sang wedding songs for the duo.