All is not well with Jammu Kashmir bank 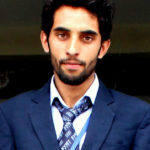 JK Bank is the biggest corporate institutions of the conflict ridden state of Jammu and Kashmir. As such, it is also one of the major sources of employment in the state, especially for the youngsters of Kashmir.

Youth of the state always have high hope and dreams of serving the JK bank and getting honorable living for themselves and their families.

Only naïve person will ignore the immense contribution of the bank towards Kashmir as far as economics is concerned.

However, it is also true that we Kashmiris cry a million tears when we see the present deteriorating condition of the JK Bank.

One of the unflinching truths is that the bank has lost its public dealings. Whenever we enter the bank, we always have to witness the disrespectful behavior of JK bank employees while dealing with customers. The humiliating behavior not only leaves a bad impression on the customers, but it also becomes a cause of bad public relations for the bank.

Despite customers complaining that they are not treated well, the bank remained unmoved. It is the same bank which became an institution after Kashmiris invested their wealth and sweat. Unfortunately, the bank has forgotten that.

The corrupt administration within the bank has become the number one enemy of the financial establishment. None other than the dispensation of Governor Satya Pal Malik pointed out that. In a recent interview, he made it clear that recruitment process of JK bank was a big fraud.

Governor said that from congress to BJP, from National Conference to People’s Democratic Party, everyone has resorted to back door appointments in the bank, thus crushing the merit of candidates who are honest and hard working. If the governor is speaking truth, the bank should come clear as to why it facilitated the backdoor appointments of blue eyed candidates recommended by the political parties.

The bank has never shown any positive interest towards providing active finance to unemployed youth for their business, neither to small traders.

The tragedy is that when it comes to the rich and powerful, it has heartily opened its coffers just like it did with business man and politicians like Sheikh Imran and Imran Raza Ansari. Except flagging the customarily show cause notices against these big defaulters, the bank has virtually taken no concrete steps to recover the huge money.

If we talk of agriculture sector, JK bank has never devised a compact credit and finance package.

We cannot miss the point that most of those influential people, who are protesting this time against turning the bank into Public Sector Undertaking (PSU), are actually the backdoor entities of either PDP or NC.

The bank has never shown any positive interest towards providing active finance to unemployed youth for their business, neither to small traders.

The mess in the bank is very deep as power and influence has taken over its administration. Only those people who have influence and recommendations can rise to top positions. Let us take example of the man who was looking after media relations of the bank. Since decades, he continued to serve the position despite we had a crop of young and efficient persons in the bank.

The time has come for the JK bank to declare its bad loans. The next big issue for the bank should be to take the people of J&K state into confidence on the volume of bad loans.

It is also true that bank used to get away from accountability under the pretext it does not comes under RTI just like as it told to the High Court. It told the court that the bank is not obliged under the act to nominate the ‘Public Information Officer’.

The pulse on the ground is that Right to Information activists need to speed up their movement to bring the JK Bank under the fully RTI Act. It will bring transparency besides will hold the bank accountable.

The need of the hour is taking these burning facts into the mind Jammu and Kashmir bank learns its lessons and acts upon swiftly to address these faults which are wrecking havoc not on its own working but entire prospects of the Jammu and Kashmir state .

The views expressed are of the author

He can be reached at Aclockdies9@gmail.com