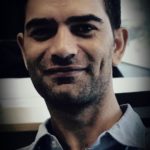 Two caves and one conclusion. Reality can’t be suppressed and truth can’t be obscured. As affirmed by caves, imaginary realities, hypothetical explanations, unfounded schemes and treacherous narratives should not to be trusted. Which caves and what allegory, one would like to question.

Well, I am juxtaposing two caves: one is a parable, written in Athens 2400 years back by one of the disciples of Socrates namely Plato (428-347 BC). Titled as The Allegory of the Cave, Plato presented his story in his work Republic to compare realities, knowledge and truth and the lack of it on our nature. Basically, a tribute to his teacher Socrates who was killed for his rebel ideas. Plato was just 29 years old when Socrates drank the hemlock.

The other cave on the other side is not an imaginary or a make-believe thing. It is a huge structure and a monumental site. A big cave located in Kalaroos of Kupwara. Locals call it Satbaran (seven doors). A giant carved stone engraved with seven doors. The legend goes that these caves lead you to Moscow and Saint Petersburg through a subterranean tunnel. All you need is a lantern, extra kerosene oil and some food. Passport and a socialist visa is no eligibility to land in Russia. This cave narrative has been so powerful and prevailing that the village Kalaroos has itself carved its name from the caves. Qil-e-Roos which is translated as Fort of Russia.

Since I was born and raised in Kupwara, some 16 kms away from the Kalaroose Caves and had an opportunity of visiting the Plato’s Academy in Northwestern Akadimia Platonos of Athens in 2017, I thought of collating the information gathered at both the places. The basic motivation is to put across the argument that perhaps dogma, arrogant convictions, antediluvian ideas, creaky and antiquated philosophies still rule our brains. We are locked in a paradigm which is presumably paralysing our march towards tolerance, enlightenment and intelligence. Our path-dependency for a wrong path makes our choices treacherous. All hidden and unpredictable dangers, it appears are inevitable.

Then comes the important question, whence the proof? And what connections Plato has with Kupwara.

Well, Plato begins the Allegory of Cave, with a scene where a few men (prisoners mostly) are chained from their birth in a cave and are unable to turn their heads. Behind them is a burning fire pot which casts flickering shadows on the back wall of the cave. Between fire and the prisoners there is a low protective wall along the edge of the cave. And behind this wall pass human-like creatures. As the captives are chained in the cave since they were born, they would mistake these dancing shadows for reality. They would create unreal narrative and false opinions based on these shadows. They assume that the truth is what they see on the wall-the shadow truth.

The basic motivation is to put across the argument that perhaps dogma, arrogant convictions, antediluvian ideas, creaky and antiquated philosophies still rule our brains.

One day, writes Plato, one of the prisoners manages to break the chains and walks outside into the sunshine. He is exposed to the reality and admits his ignorance. To overcome his and his inmate’s absurd misrepresentation of things and reality he decides to go back to the cave and spread the truth. Regrettably, instead of believing in him, they choke him to death. Such was their belief in deceit and deception that with their colleague they killed the truth.

Unlike the allegory of Plato’s cave, no prisoners are chained in Kupwara. No one carries the fire pots. However, the myth of going to Moscow is so popular and dominant here that a whole village draws its name from Russia. No one knows how old these caves are. How long and deep they run. And interestingly no one from Kashmir has ever dared to venture inside. Fear of the cave is such that we all started believing in the romantic narratives about these underground caves. Everyone here had plan of going to Russia in case of any eventuality in Kashmir.

We are locked in a paradigm which is presumably paralysing our march towards tolerance, enlightenment and intelligence.

But, alas, a Virginia based couple Amber and Eric Fies exploded these age old myths of going to Russia from Kupwara last month. They came to us like the Plato’s cave survivor and helped us understand that arrogant convictions and antediluvian ideas need to be subverted and annihilated. For exposing our dogmatic and histrionic narratives the good news is that unlike the Plato’s exposed cave survivor we didn’t kill them. They went back to USA safely.

As flagged above, the motivation for writing this article is no way to disparage or ridicule our understanding of the world. It is but to expose our vulnerabilities and susceptibilities of exploring the unknowns. We fear the future. Like Plato’s cave inmates we are fearful of reality. We seldom question the romantic and absurd conjectures. Kupwara caves is a good case to describe us. No one among us bothered to explore the caves, no one ever tried to upend these incredulous narratives. The point I want to make here is why we all have to wait for the Americans to tell us that we all are wide of the mark.

The convincing explanations to describe this lack of vitalism is perhaps offered by Edmund Phelps an American economist and the recipient of the 2006 Nobel Memorial Prize in Economic Sciences and Yuval Noah Harari a celebrated historian and the author of Sapiens: A Brief History of Humankind.

They argue that a majority of the population on earth including us are stuck in the past. We unremittingly glorify the tradition and forget the future. The drive to convert hurdles into opportunities they argue is missing in settings like ours. We seldom pursue difficult dreams and value a life full of challenges and adventure.

Investing in uncertainties is beyond our capacity. The passion about handling problems and identifying new challenges is wanting. To be precise we lack the pursuit for exploration. Expression of one’s full capabilities and creativities, Phelps and Harari would tell us is what makes the change. Going inside the cave was not a big deal, but it is the lack of wisdom to explore the unknowns and the primitive understanding of things which makes the difference. Societies which add fuel of interest with the fire of genius are guaranteed to rule the earth and the heavens. And those who glorify fiction, romanticize caves and believe in unfounded claims are domed to die.

Miguel de Cervantes, the Spanish writer in his magnum opus novel Don Quixote more than 400 years ago very pleasingly tells us all including his Spanish people that “a life of challenge and adventure is necessary for human fulfillment; and if the barren economy of the Spanish desert does not supply such challenges, one must somehow create them by one’s self-imagining them, if necessary”.

Shakespeare’s Hamlet equally carries a very powerful and a provocative message that we all should dream the unthinkable and try to do the impossible even though the failure of such an act may cost us our life. These daring, venturesome and fearless actions Nietzsche would tell us can’t be explained in simple monetary or other pecuniary terms, however.

Investing in uncertainties is beyond our capacity. The passion about handling problems and identifying new challenges is wanting. To be precise we lack the pursuit for exploration

To conclude I would like to use two quotes. One is by Franklin D. Roosevelt, President of the United States from 1933 until his death in 1945 and the second one is by Friedrich Wilhelm Nietzsche the German philosopher and the cultural critic. These two dictums I believe captures the quintessence of this small article. a) ‘Only thing we have to fear is fear itself’ and b) ‘What doesn’t kill us makes us stronger.’

The author is PhD in Innovation Studies from the School of Social Science, Centre for Studies in Science Policy, JNU-Delhi.

He can be reached at fayazjustinternational@gmail.com