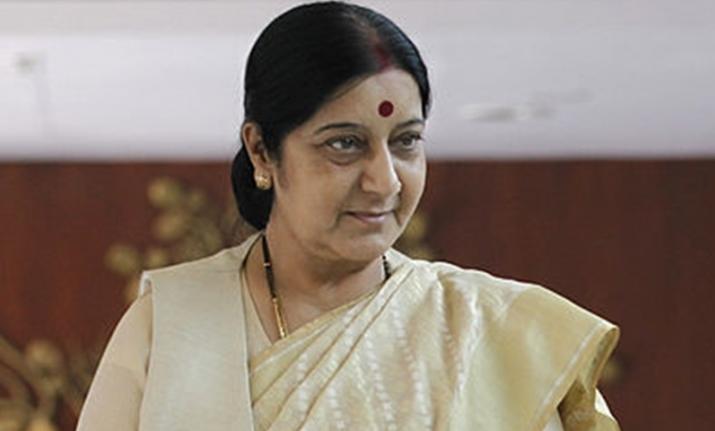 New Delhi: External Affairs Minister Sushma Swaraj on Saturday rejected the invitation from her Pakistani counterpart Shah Mahmood Qureshi to visit Kartarpur Sahib on November 28 due to her prior commitment for election campaign in Telangana but said two other Union Ministers – Harsimrat Kaur Badal and Hardeep Singh Puri – will be deputed for the ceremony.

“Due to my prior commitments, including election campaign scheduled in the state of Telangana on that day, I would not be able to travel to Kartarpur Sahib,” Ms Swaraj wrote in her letter to the Pakistani Foreign Minister.

However, she said, “being mindful of the sentiments of our Sikh citizens and the importance of facilitating their smooth and easy access to Holy Gurdwara Kartarpur sahib, we will be sending Harsimrat Kaur Badal and Hardeep Singh Puri as government of India representatives for the event planned for November 28”.

“It is our hope that the government of Pakistan will expedite the construction of the corridor in order to ensure that our citizen can pay their respects at the Gurdwara Kartarpur Sahib using the corridor as soon as possible,” she said.

The Pakistan Foreign Minister has announced on Thursday that Pak Prime Minister Imran Khan will ‘break ground’ at Kartarpura facilities on November 28.

“We welcome the Sikh community to Pakistan for this auspicious occasion,” he had said.

The Union cabinet in its meeting on Thursday presided over by Prime Minister Narendra Modi also decided that India will build and develop the corridor from Dera Baba Nanak in Punjab’s Gurdaspur district to the International Border to facilitate Sikh pilgrims visiting Gurdwara Darbar Sahib Kartarpur on the banks of the Ravi river in Pakistan.