Srinagar: Former External Affairs Minister of India and senior Congress leader K Natwar Singh has said taking Kashmir to the UN was a mistake. He has claimed the move was the doing of Lord Mountbatten.

“The fundamental mistake was to go to the UN on the Kashmir issue. (Prime Minister Jawaharlal) Nehru was pushed into it by (Governor General) Mountbatten,” news agency IANS quoted Singh saying. “We went to the UN under Chapter 6, which is on disputes. We should have gone under chapter 7 which is on aggression.” 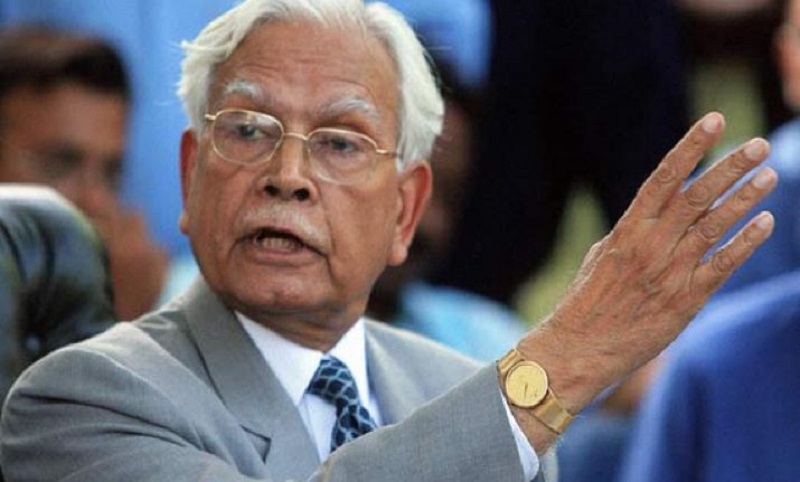 Singh has said that India’s Prime Ministers and Foreign Ministers have been thinking of resolving the Kashmir issue and improving bilateral relations with Pakistans but that has not happened.

“The fact is there is no solution for Kashmir, everything has been tried,” he said. “The other fact is that Indo-Pak relations are chronically accident prone. The future of Indo-Pak relations lies in the past. Both countries carry too much baggage… I don’t see any change in our relationship. It is cheese and chalk… as simple as that. It’s a great pity.”

Singh, who resigned from Congress in wake of certain allegations in a UN report, said that if the leaders of India and Pakistan meet, “nothing significant should be expected” from the meeting.

“What could they talk? You can’t give an inch, they can’t give an inch,” Singh was quoted saying. “You meet and shake hands but there is nothing substantial. As I said, we have all tried. It is not realistic because if we really became very close friends, there will be a question mark on the existence of the country.”

Natwar Singh said Pakistan’s one-point programme is Kashmir, but there is “Kashmir fatigue” in the world.

“You go to any part of Pakistan, this is a subject. You go to Chennai, nobody speaks of Kashmir. Their diplomats are really brilliant but they spend so much of their time on Kashmir. There is Kashmir fatigue in the world. We must accept the fact that it is the Army that calls the shots (in Pakistan).”