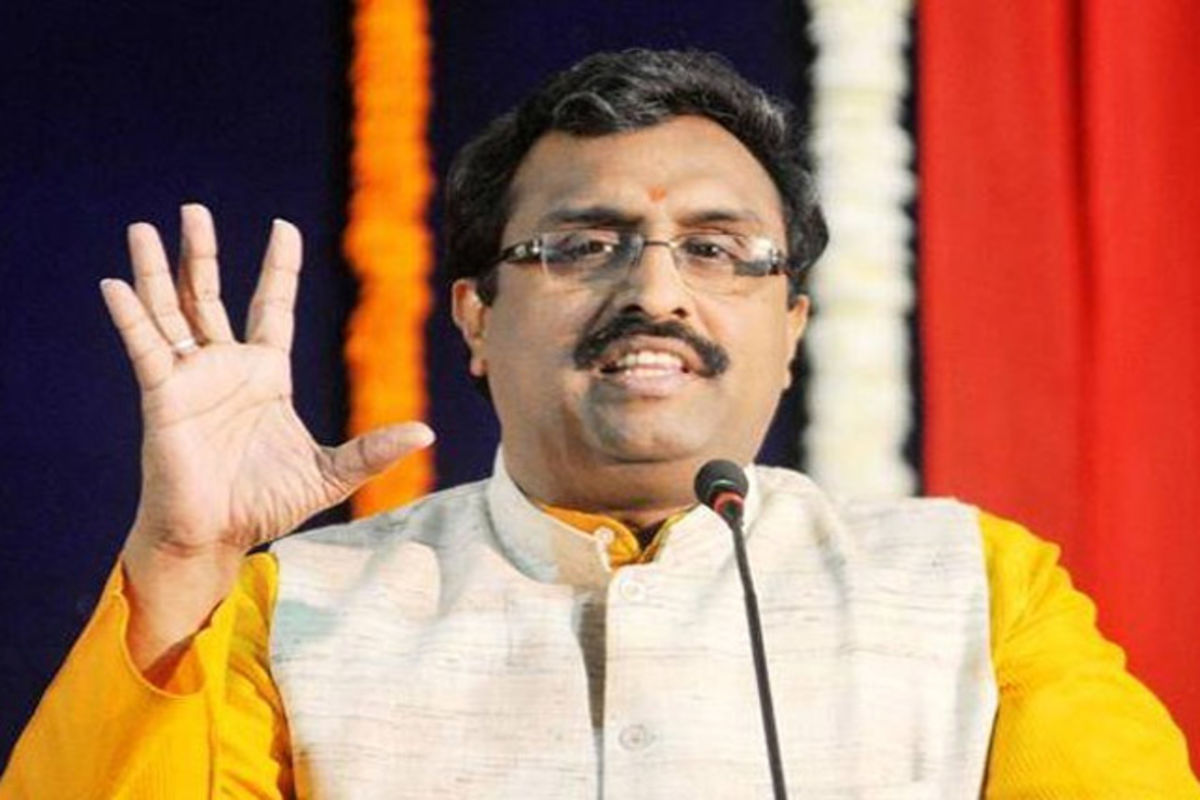 Kathua (J&K):  Accusing the NC and the PDP of trying to scuttle the democratic process, BJP general secretary Ram Madhav has asked them to clear stand on whether they would participate in state assembly elections or boycott them, like they did during the local bodies polls.

Asked about any proposal to dissolve the Jammu and Kashmir Assembly, Madhav said the Governor’s rule will continue till the middle of December and what happens next will be discussed then.

“We are happy with it and that is why BJP has decided to continue the Governor rule for sometime,” he said at a function here to felicitate the newly-elected BJP councillors late last night.

Without naming the NC or the PDP, Madhav said their hypocrisy stands exposed as they first boycotted the ULB polls but are now pressing for dissolution of assembly for fresh elections.

“On one hand they say they will not take part in elections to safeguard Article 35A, on the other, they demand dissolution of assembly and fresh elections. Tomorrow if assembly elections are held, will you will fight or go by your boycott?” he said.

The BJP leader asked if the two parties decide to participate in the state polls, “what will happen to Article 35A, which you used as a pretext to stall the ULB elections.”

He, however, said he welcomes the parties to take part in the democratic process but wants “them to give up hypocrisy”.

“They took part in (Ladakh autonomous hill development council elections) in Kargil polls but boycotted the ULB polls to scuttle the democratic exercise. However, people taught them a good lesson and forced them to take part in panchayat polls,” Madhav said.

On the sidelines of the event, the BJP leader also said the Indian security forces are fully capable of facing any challenge from Pakistan in an “appropriate manner”, his comment coming after three Army soldiers and a porter were killed in sniping incidents along the Line of Control in Jammu and Kashmir in a week.

Asked whether the time has come for another “surgical strike” across the border, he said the security forces would review the situation and “whatever is required will be done by them”.

Praising the Governor’s administration, Madhav said a very good atmosphere has been built in the state. “Terrorism is being dealt with strictly and it (operations against terrorists) will continue,” he said.

About resignations of some BJP councilors in Kashmir, he said people are also joining the party in large numbers. “Those who have resigned will be brought back,” he said. (Agencies