Srinagar: Welcoming the global movement against sexual misconduct, abuse, and harassment of the women, Kashmir Editors Guild (KEG) will continue upholding the rights and dignity of all our colleagues, especially women. The issue was discussed in a marathon meeting in which the members reiterated that the Kashmir media space shall continue to survive as a safe, equitable, and respectful space for all; a place where our staff and volunteers, newsmakers and news reporters, will never be subject to discrimination or harassment in any form. 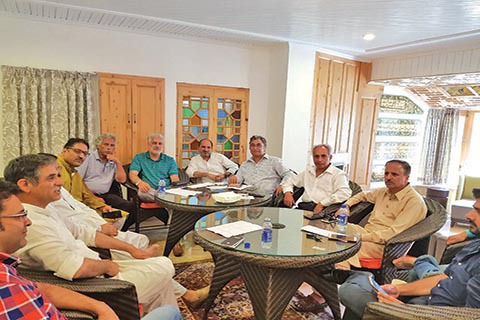 The Guild wishes to put on record the evolution of the women as media practitioners in Kashmir. The process had taken off slightly before the 1990s. However, the situation prevented the women from choosing media as a career and those keen to do so, joined media outlets outside Kashmir. This situation prevailed for almost 20 years.

However, in the last 10 years, a number of women, mostly graduates from various universities, started taking interest in media. It also took the media organisations in Kashmir some time to open for them. Right now, the situation is that most of the major media organisations have a fair presence of women professionals in all the positions that exist in media spaces.

Over the years, the media has evolved as spaces where women media professionals can contribute, like their male counterparts. They have dignified spaces in which there is neither discrimination nor harassment.

However, in order to make the systems better, the KEG members have started setting up in-house institutional cells led by women to function as sole systems to hear and decide on the issues of misconduct, if any. Some member organisations have already done it. The Guild would request the media organisations, outside the KEG, to also have such formal mechanisms in place.