Srinagar: Clashes erupted in Soura locality of Kashmir’s capital city Srinagar on Tuesday even as the Urban Local Bodies polls are underway in the area.

Sources said that several youth assembled at Soura locality and hurled rocks on government forces deployed in strength in the area in view of the polls. The protesters were raising slogans against the polls.

They said that a polling station is just near the spot of clashes. 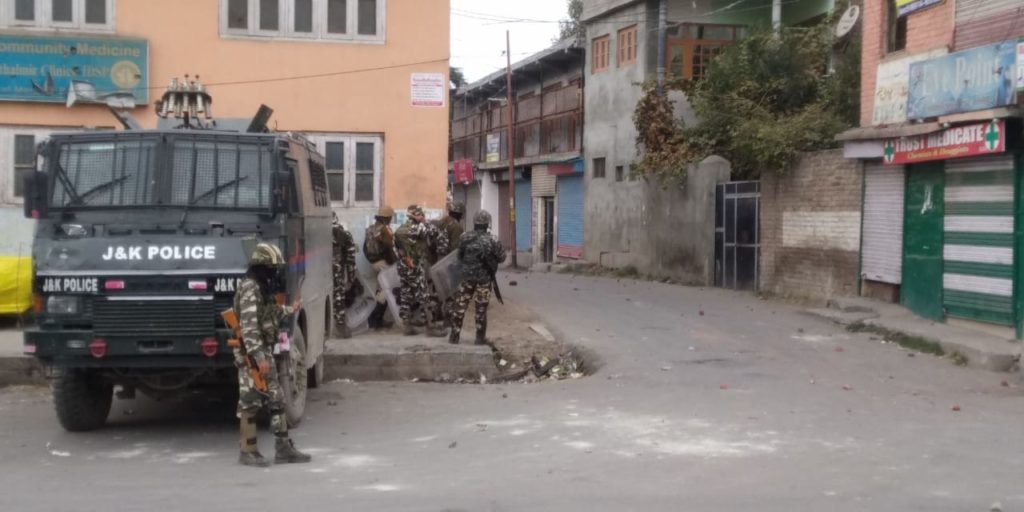 “The government forces fired tear smoke shells to disperse the protesters,” they said.

Earlier youths engaged government forces in overnight clashes in the area. However, no one was hurt in the clashes.

The clashes were going on in the area when this report was being filed.