Indonesia: The death toll in Indonesia’s twin quake-tsunami disaster rose to nearly 1,400 Wednesday, with time running out to rescue survivors and the UN warning of “vast” unmet needs.

Authorities set a tentative deadline of Friday to find anyone still trapped under rubble, at which point — a week after this devastating double disaster — the chances of finding survivors will dwindle to almost zero.

Government rescue workers are focusing on half a dozen key sites around the ravaged seaside city of Palu — the Hotel Roa-Roa where up to 60 people are still believed buried, a shopping mall, a restaurant and the Balaroa area where the sheer force of the quake turned the earth temporarily to mush.

Almost 200,000 people need urgent help, the UN’s humanitarian office said, among them tens of thousands of children, with an estimated 66,000 homes destroyed or damaged by the 7.5-magnitude quake and the tsunami it spawned. 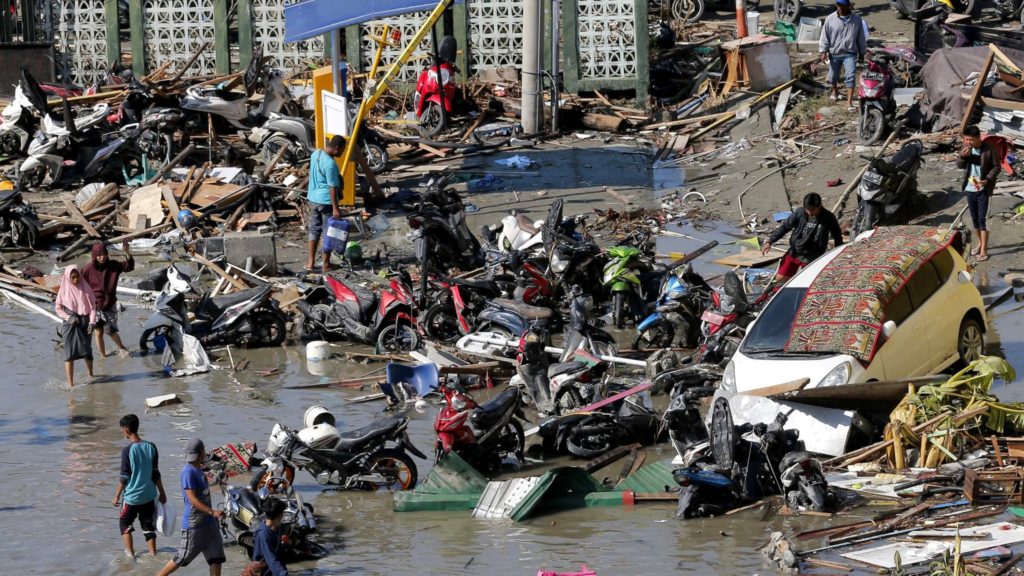 Despite the Indonesian government urging foreign rescue teams to “stand down” because the crisis was in hand, residents in hard-hit, remote villages like Wani in Donggala province say little help has arrived and hope is fading.

In Geneva, the United Nations expressed frustration at the slow pace of the response.

“There are still large areas of what might be the worst-affected areas that haven’t been properly reached, but the teams are pushing, they are doing what they can,” Jens Laerke, from the UN’s humanitarian office, told reporters late Tuesday.

The World Health Organisation has estimated that across Donggala, some 310,000 people have been affected by the disaster.