Srinagar: The Government of India on Wednesday has red-flagged the visit of Iranian clerics to Jammu and Kashmir amid reports of fiery speeches being given by them at congregations and mosques.

The immediate trigger seems to be the posters of Hizbul Mujahideen “commander” Burhan Wani that surfaced during a Muharram procession in Kashmir last month, The Hindu reported on Wednesday. 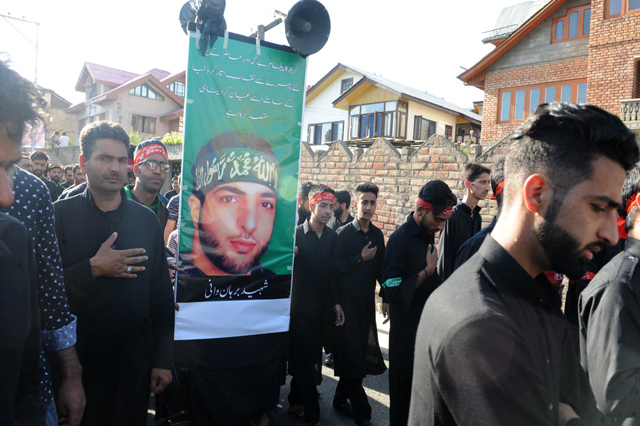 Imran Ansari, Peoples Democratic Party (PDP) legislator from Pattan in north Kashmir, said that two men associated with the Hurriyat Conference flashed the banners of Wani at the procession.

“This should not have happened. We were mourning Imam Hussain … this is the first time that such a thing happened. Wani’s posters appeared as there were attempts to politicise the mourning. That is not the mandate,” Ansari told The Hindu.

He also said that though clerics from Iran regularly visited Kashmir Valley, no cleric gave any fiery speech during Muharram.

J&K Governor Satya Pal Mallik had earlier told The Hindu that inquiries were on about the visit of the Iranian maulvis.

Ansari explained that the Iranian clergy had a permanent office in Delhi, Daftar-e-Rahbari, that is under their direct supervision. “They have schools in Kashmir and Kargil … the Iranian clerics do come. But this Muharram no one came … the posters of Burhan Wani were flashed in one of the daayras (rally). There were 48 others,” he said.

A senior government official said they were watching the speeches being given by religious leaders including those by Shia leaders. “Since they come here for religious sermons, they are easily given visas. We are checking if they violated visa provisions,” the official said.