Srinagar: Thousands of people on Wednesday attended the funeral prayers of slain Sopore militant, Abdul Majeed Mir who was killed in a gunfight with government forces on Tuesday is Tujjar area of Sopore in Baramulla district.

The slain militant was a resident of Harwan village in Sopore. 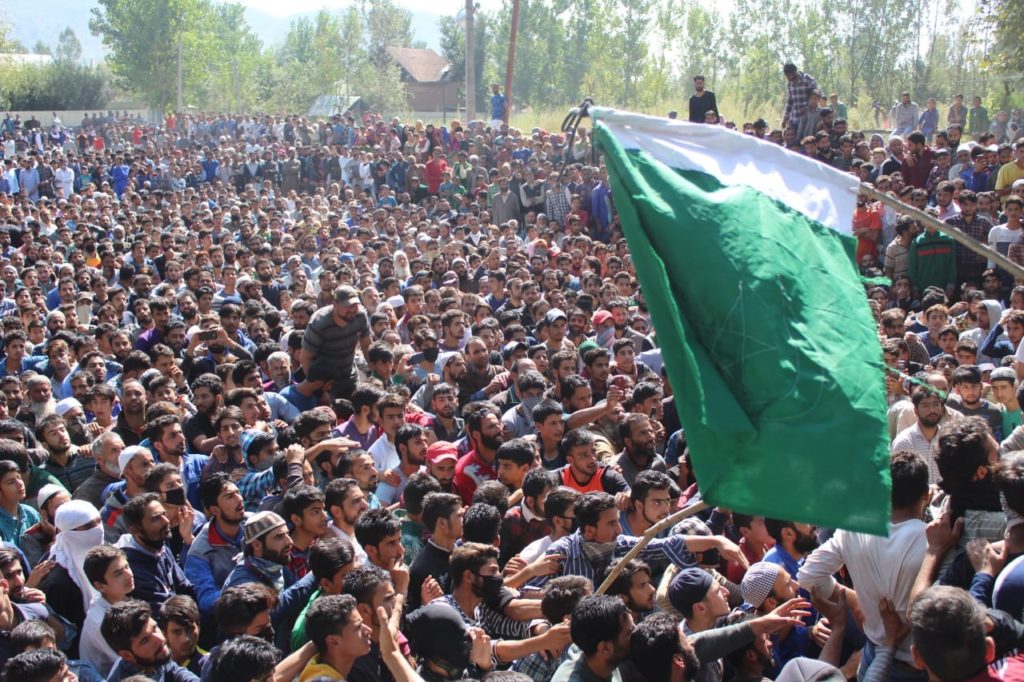 Eyewitnesses said that thousands of people including men, women and children thronged the ancestral village of Mir at Harwan amid massive pro-freedom and anti-India slogans.

The funeral prayers of Mir were held at Nowpora Eidgah in Tujjar Shareef area. Locals told The Kashmir Press that the slain will be buried at Nowpora “martyrs” graveyard.

Many areas of Sopore are shut mourning the militant killings while educational institutes have been shut. Mobile internet services have also been suspended for the third straight day.

Mir along with non-local militant Abu Maaz, a top LeT commander, was killed in an encounter at Bomai.