Pakistan won a memorable thriller in Abu Dhabi to deny Afghanistan a maiden victory against their neighbours, in the first round of Asia Cup Super Fours matches.

After a dramatic final half hour Pakistan left themselves needing 10 from the final over with Malik on strike and Aftab Alam (0/64) with the ball in his hand. Malik missed the first delivery but smote the second for six over square-leg before turning the next through fine-leg for four to send the Pakistan fans in the crowd wild and leave the bowler in dismay. 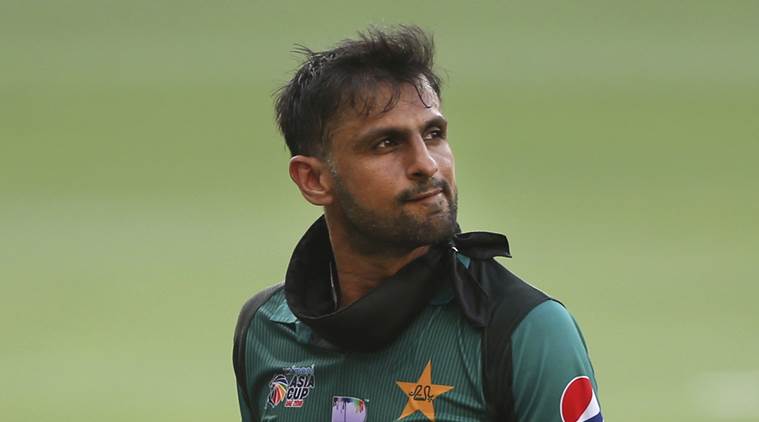 It had looked for some time as though Pakistan may have fallen into the familiar trap of batting too slowly for too long and leaving themselves too much to do in a chase of 258. But as it turned out, the wickets in hand enabled them to hit out with freedom late on. They hit four crucial sixes in the latter stages – including one by Hassan Ali off his first ball from Rashid Khan (3/46) in the penultimate over.

Imam ul-Haq’s 104-ball 80 at the top and Babar Azam’s 94-ball 66 from No.3 were shown as valuable and well measured contributions thanks to Malik’s cool-headed finishing of the chase on a nail-biting night.

Though the match was ever in the balance, for a while it had looked like Afghanistan’s game. Hashmatullah Shahidi and Asghar Afghan batted superbly to ensure Afghanistan overcame a poor start and set Pakistan a 258-run target.

A 63-run partnership between Shahidi, who ended just three short of a century for 97 off 118 balls, and Rahmat Shah had stabilised the innings after left-arm spinner Mohammad Nawaz removed openers Ihsanullah and Mohammad Shahzad in successive overs.

But Afghan and Shahidi forged the crucial partnership, adding 94 off 99, taking advantage of a poor fielding display by Pakistan. 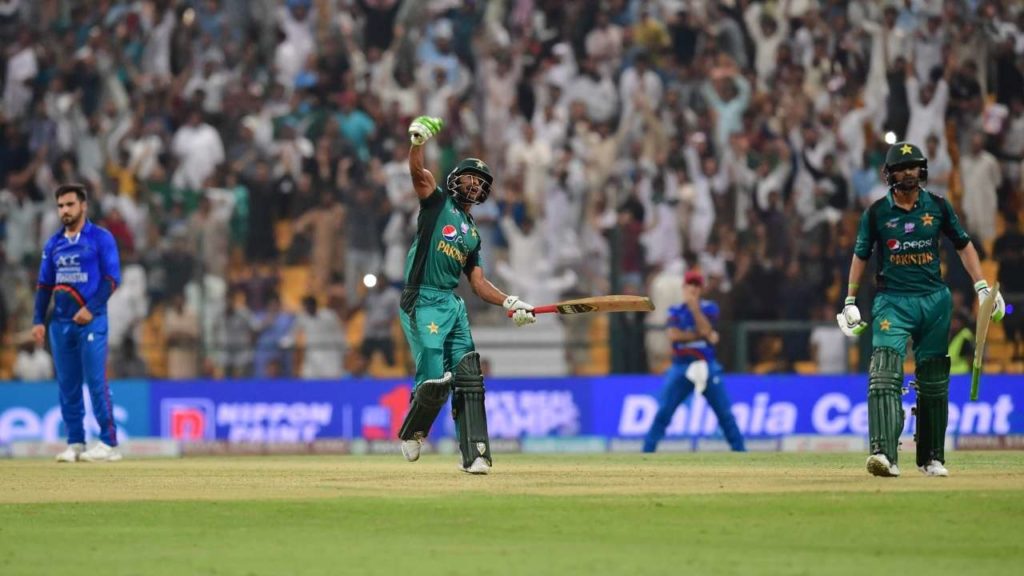 Tall 18-year-old left-arm seamer Shaheen Afridi had been given his ODI debut and impressed with his variations, but was unfortunate to only end with 2/38, with three catches dropped off his bowling.

Captain Afghan gave the Afghanistan innings some much-needed purpose, smashing five sixes with some enterprising hitting to earn himself 67 from 56 balls.

He batted around Shahidi, who batted right through to the end of the innings to allow a late assault by the Afghan batters. He was unbeaten on 97 as his side set their highest total of the tournament so far.

With their well-known arsenal of spinners, they were slight favourites in the second half, but a stunning final few overs sent Pakistan jubilant, the crowd into raptures, and brought the tournament well and truly to life.

Afghanistan have suffered their first defeat before facing Bangladesh on Sunday, while Pakistan head into their repeat fixture with India on the same day with renewed vigour. (Courtesy: ICC)