By Press Monitoring on September 1, 2018 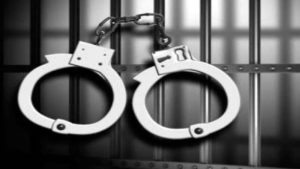 Poonch: Five persons were arrested for raising pro-freedom slogans during a protest demonstration, seeking protection of Article 35A, at Mendhar in the border district of Poonch.

SSP Poonch, Rajiv Panday said that five persons have been arrested including one from Shopian district namely Waseem Ahmad Thoker and according to him he was leading the protests.

“We are ascertaining his role as well as that of others in connection with the incident,” SSP said.

Asked about the arrest of Prince Sharma, the officer said: “He was raising the slogans and was arrested as law is same for all”.

SSP said that a case FIR No. 153/2018 under section 124 A, 120 B has been registered in Police Station Mendhar and further investigations initiated.

“Earlier two separate FIRs already stand registered against the people who had shouted anti-national slogans,” he said, adding that police has already launched a hunt to nab the accused.

Pertinently, on Friday protesters including youth and traders took out a march from Dak bungalow Mendhar to the bus stand against the attempts to scrap Article 35-A of the constitution. During the protests, the protesters had chanted pro-freedom slogans. (GNS)