By Press Correspondent on August 8, 2018 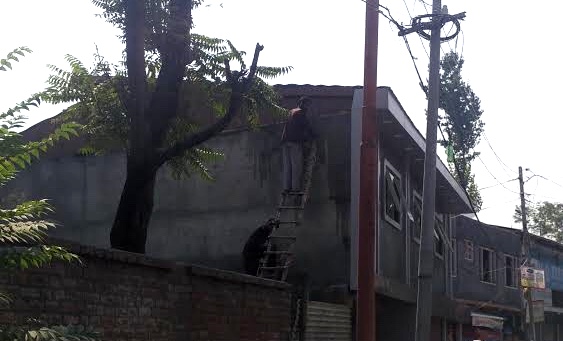 In clear violation of LAWDA rules: The mason and the labourer working on the shopping complex, Mohammad Hussein Mir, father of secretary LAWDA, Sumeira Shamim

Srinagar: In a clear case of nepotism, Secretary Lakes and Water Ways Development Authority (LAWDA), Sumera Shamim has allowed her paternal family construct a shopping complex in clear violation of the guidelines laid by her own department at Kanitar Hazratbal. The construction has been going on for last three months.

The LAWDA rules state that no construction can be allowed within the 100 metres area from the fringes of the Nageen Lake. Ironically, the construction is going on at the main road from where the demarcation of the prohibited 100 metres is laid by LAWDA. To publicize the prohibition of any construction, Sumera’s department has erected poles at 100 metres from the lake fringe.

However, it means little when it comes to the officers of the LAWDA department. 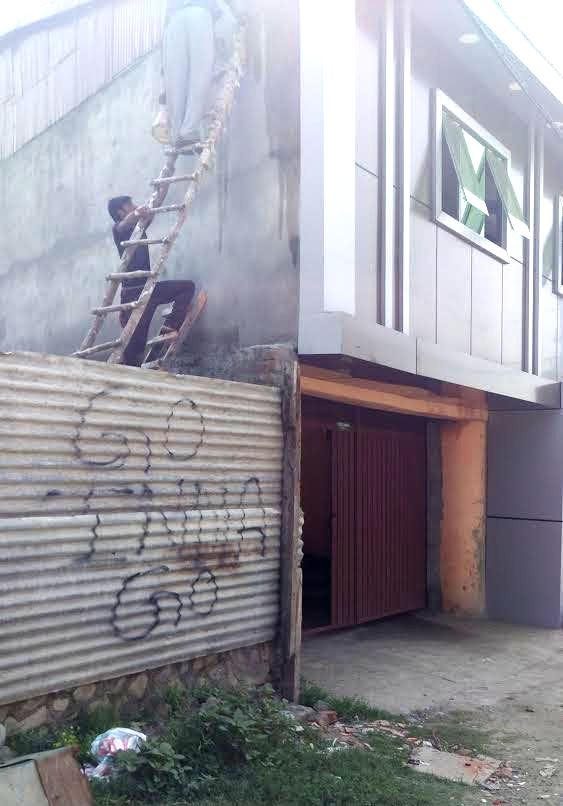 Clear violation of LAWDA rules: No one came to stop the work on prohibited land since the violator was the father of secretary LAWDA

Despite the masons and the laborers working on the building on the roadside, not a single official from LAWDA has till date even attempted to stop the illegal construction.

Kashmir Press contacted Secretary Sumera Shamim questioning her about how she allowed her father to construct a shopping complex in the prohibited area notified by her own department. She said that the police had registered an FIR against the said construction in 2016.  “The matter is in the court. The court has directed LAWDA that they should not interfere in this matter,” Sumera said. 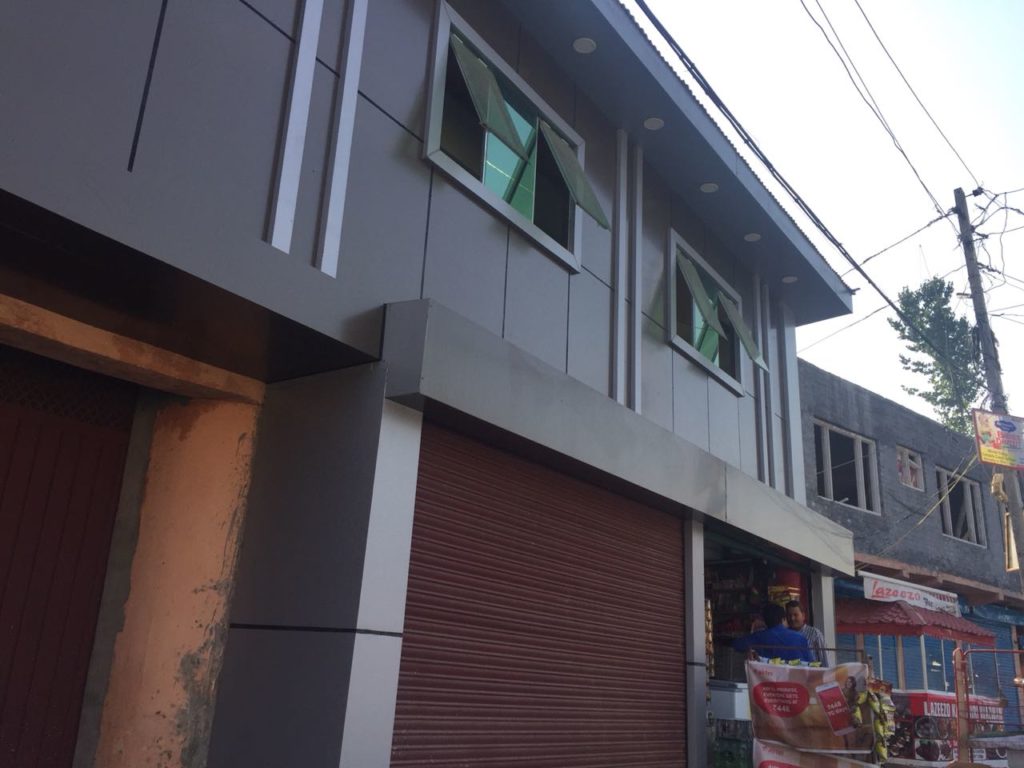 After three months of work in broad day light, the under construction shopping mall is almost complete on the prohibited land notified by the LAWDA

To confirm the veracity of the claims made by the secretary LAWDA, the Kashmir Press visited LAWDA office at Miskeen Bagh to access the “court order”.

However, the LAWDA officials including administrative officer and Secretary Sumera could not substantiate their claims. “We do not keep the court orders in our office,” she said.

Instead, she said that the court order lies with the law officer of the department.

As such, the Kashmir Press contacted the LAWDA’s law officer, Shabir-Ul-Hassan Kant who categorically denied possession of any such order. “There is no such order that has been issued by any court,” Kant said.

Ironically, the Vice Chairman LAWDA Dr Abdul Hafeez Masoodi asked the Kashmir Press reporter to come to his office with evidence. He categorically denied any such violation.

“You should come to my office along with any evidence,” the VC said. 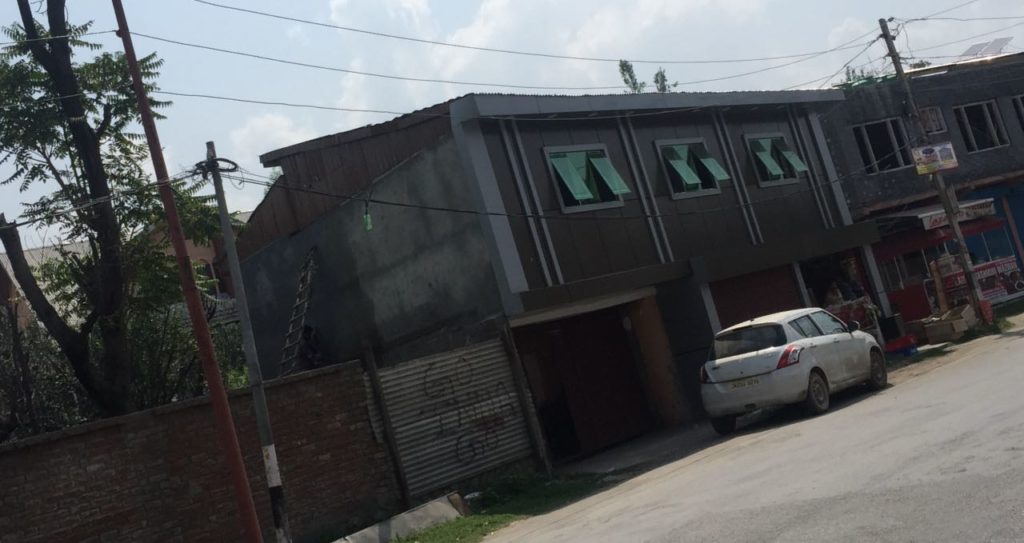