By Ali Sawafta and Dan Williams
NABI SALEH, West Bank:  A Palestinian teenager released by Israel on Sunday after completing a prison term for kicking and slapping an Israeli soldier said she wanted to become a lawyer so she could continue her struggle against the occupation of the West Bank.

Ahed Tamimi, 17, became a hero to Palestinians after the incident last December outside her home in Nabi Saleh, a village that has for years campaigned against land seizures by Israel, leading to confrontations with the Israeli military and Jewish settlers.

Israelis regarded the incident, which Tamimi’s mother relayed live on Facebook, as a staged provocation. 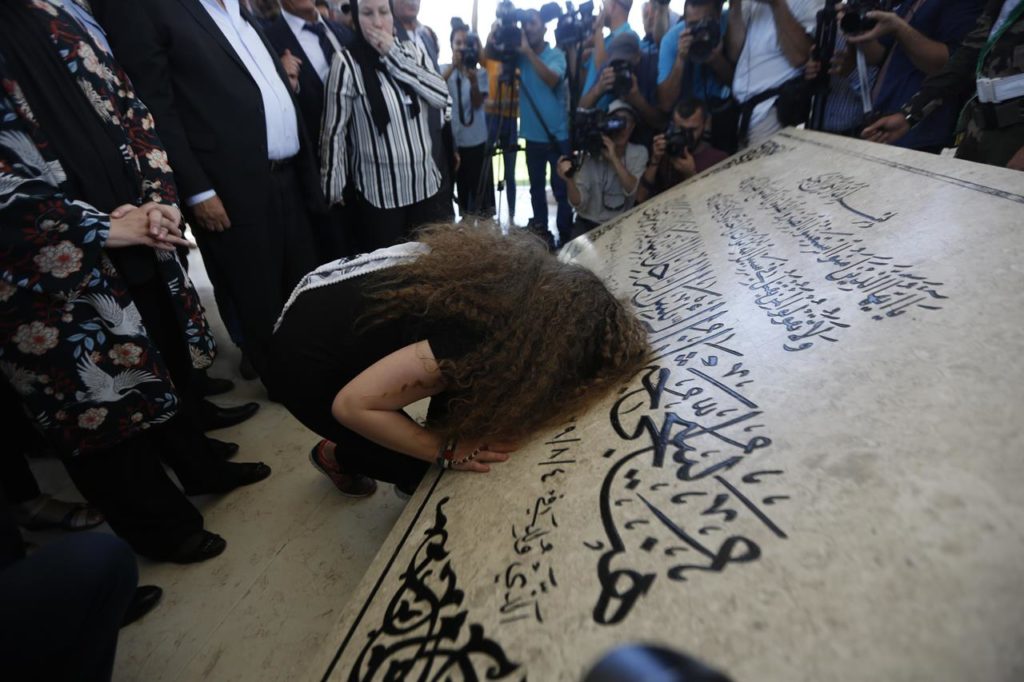 Ahed Tamimi prays at the tomb of former Palestinian leader Yasser Arafat in the West Bank city of Ramallah, Sunday, July 29, 2018. Palestinian protest icon Ahed Tamimi and her mother Nariman returned home to a hero’s welcome in her West Bank village on Sunday after Israel released the 17-year-old from prison at the end of her eight-month sentence for slapping and kicking Israeli soldiers

Palestinian President Mahmoud Abbas described Tamimi as “a model of peaceful civil resistance …, proving to the world that our Palestinian people will stand firm and constant on their land, no matter what the sacrifice”.

He made the statement published by the official news agency Wafa after he met Tamimi and her mother.

Wearing her trademark black-and-white chequered Arab scarf when she returned home, Tamimi greeted dozens of well-wishers. Outside the home of a villager killed by Israeli forces, she urged continued struggle against Israel’s occupation.

At a news conference later, she spoke in front of a bare two-pronged tree that had been shaped like a giant slingshot, with the trunk covered in a Palestinian flag and with a tyre at its base. 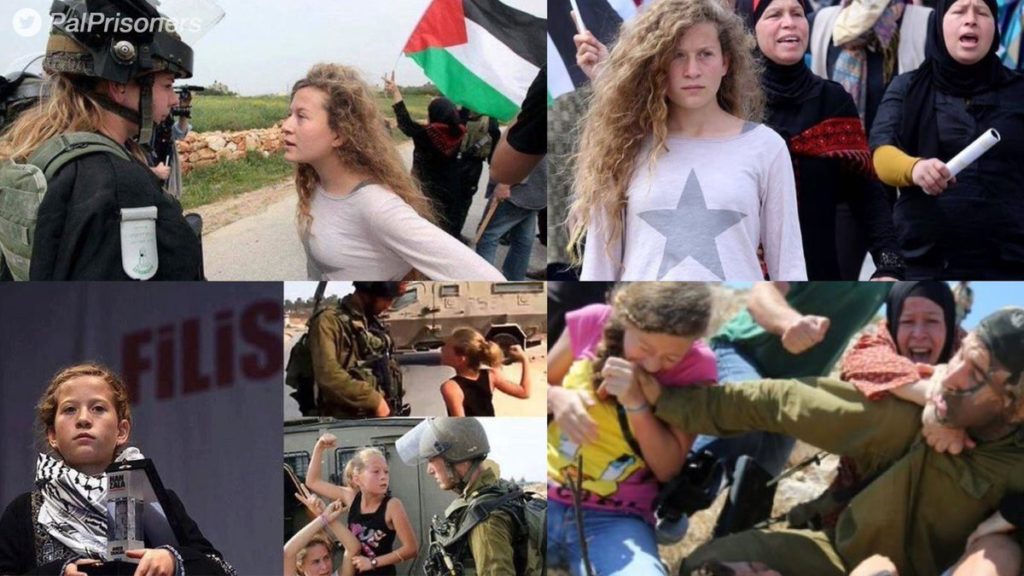 “I will continue my university tuition and I will study law so that I can address the cause of my country in all of the international forums and to be able to represent the prisoners’ cause,” Tamimi said.

“Prison taught me a lot of things, I was able to figure out the right way to deliver the message of my homeland.”

Tamimi, who was 16 at the time of her detention, faced 12 charges but in March pleaded guilty to a reduced charge sheet that included assault. She was sentenced to eight months, dating back to her arrest in December.

Palestinians want the West Bank for a future state, along with East Jerusalem and the Gaza Strip. Most countries consider Israeli settlements in the West Bank to be illegal, something Israel disputes. U.S.-sponsored negotiations on founding a Palestinian state alongside Israel have been stalled since 2014.

Separately on Sunday, an Israeli naval vessel intercepted a civilian boat bound for the Gaza Strip that had set off from Europe. Israel maintains a maritime blockade of the Strip and said the boat was being towed to the port of Ashdod.

UNI is in collaboration with Reuters