Protests break out between youths and government forces in Tral 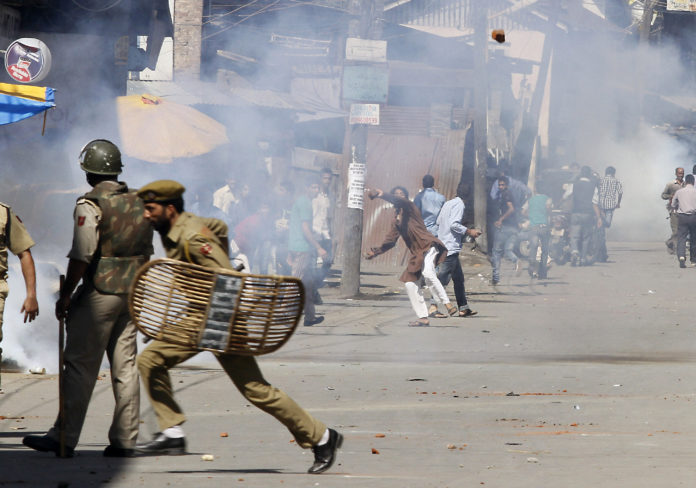 Srinagar: Clashes break out in Nowdal village of Tral in south Kashmir between locals and government forces on Sunday.

Reports said that as youths tried to march towards the native village of Burhan Wani to pay tribute to him on his second death anniversary. However, the forces prevented and foiled their plan.

Meanwhile CRPF troopers fired tear gas to disperse the protesters who pelted them with stones.

Restrictions were imposed on the movement of people in the rest of the valley to prevent pro-Burhan rallies.

Curfew was imposed in Tral on Saturday as a precautionary measure to maintain peace in the valley, a senior police official said.

The graveyard of Wani and his residence at Shariefabad has been sealed by forces to prevent people from marching there.