74% more people certified as disabled across Kashmir during BJP-PDP rule in J&K: Reports 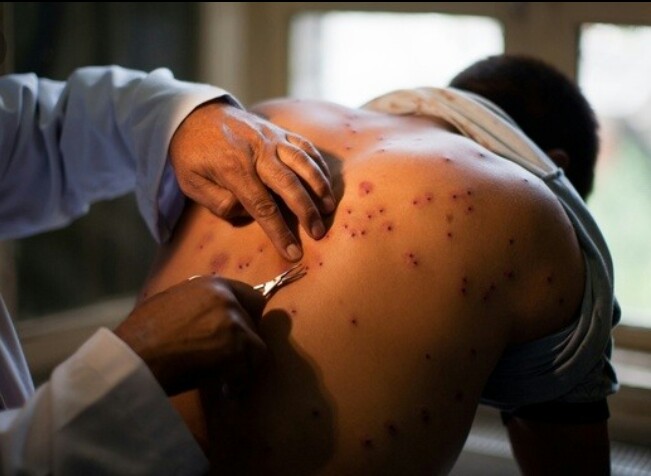 Srinagar: Over 31,085 people were certified as disabled in the 10 districts in Kashmir valley, up 74% from 17,898 people in the three years of Bhartia Janta Party and People’s Democratic Party rue in Jammu and Kashmir, Indiaspend.com reported.

The rising unrest in the Valley played a role in the increase, activists said, specifically pointing to the use of pellet guns for crowd control.

Jammu and Kashmir is the only state yet to implement a 2016 law that recognises 21 disabilities–up from the earlier seven–suggesting that actual numbers could be even higher.

Infrastructure in the state is not disabled-friendly, activists said, especially in public offices and educational institutions.

As of 2014, more than 100,000 disabilities were due to conflict, according to a November 2015 study published in the Journal of Business Management and Social Sciences Research (JBM & SSR). Post 2016, the use of pellet guns has increased the number of disabilities, according to Srinagar-based human rights activist Khurram Parvez.

Since 2016, 1,314 eyes of 1,253 people were impaired after being hit by pellets, and the chances of recovery are poor, Greater Kashmir, a local daily, reported on April 8, 2018. Blindness accounted for 68.9% of disabilities in the state compared to 44.5% nationwide, according to the JBM & SSR study quoted above.

The Centre criticised the report, with an external affairs ministry spokesperson describing it as “fallacious, tendentious and motivated”, violating Indian sovereignty and “a selective compilation of largely unverified information … overtly prejudiced and seeks to build a false narrative”.

More than eighteen months since, all these are yet to be implemented in Jammu & Kashmir.

Under Article 370 of the Constitution, parliament has power to make laws only on defence, external affairs and communication-related matters of Jammu & Kashmir. So, a legislation has to be passed in the state’s assembly for bills passed by the parliament to come into effect in the state.

“This is not happening with us for the first time,” said Javid Ahmad Tak, an activist who advocates for the rights of the disabled. “When the Disability Act was first passed in 1995, it was implemented in Kashmir in 1998–a gap of three years in which thousands could have got jobs, access to education and other facilities.”

“The Act is yet to be passed and it is in process and it will be done very soon,” Waheed Para, youth president of the PDP, had told IndiaSpend before the BJP-PDP coalition parted ways on June 19, 2018.

“Disability is a larger concern for J&K, it’s a very human issue,” Para said. “We have established a separate department for disabled people for the first time under the social welfare department.”

With the state now under governor’s rule, Tak said he was optimistic. “The chances of implementing this law are better now, as we have already held meetings with governor N. N. Vohra,” Tak said. “He is sensitive about this issue and we hope that he will pass an ordinance soon.”

Most public offices in the state are inaccessible to the disabled because they do not have ramps, said Parvez. When a disabled person steps out of his home, they face obstacles at every level, said Tak. The footpaths are not disabled-friendly.

There are only 15 disability care institutes–each with a capacity of 40 people–in the state, according to this research by Department of Economics, Annamalai University, India. Only 0.05% of the state’s disabled population has access to education, while others are out of the range of basic necessities such as education.

Students at the Zaiba Aapa Institute Of Inclusive Education, Bijbehara, Anantnag district. The school is run by disabled-rights activist Javid Ahmad Tak. Most schools in the valley are not disabled-friendly, with no ramps for wheelchairs, and no special educators trained to teach disabled students. (IndiaSpend)

Children with low vision or blindness require to be taught in braille, but most schools lack such facilities. School toilets in schools are not disabled-friendly, Tak added.

“I have seen a lot of difference here as far as education is concerned,” said Nookaraju Bendukurthi, a professor of media studies at the Central University of Kashmir who previously taught at the University of Hyderabad. “There is lack of accessibility in all educational institutions in terms of ramps for the physically disabled people, and libraries are not accessible to people who are visually impaired.”

Most schools in the valley do not have special educators trained to teach people with disabilities, said Abdul Rashid Bhat, president of J&K Handicapped Association. “This affects the communication between the teacher and the student, often leading to dropouts,” Bhat added.

“There is no system to teach using braille in our school, the washrooms are not disabled-friendly,” said Malik Farzana Showkat, a dropout from a government school in Bijbehara in Anantnag district. “If anyone was disabled, it was those teachers who were not able to teach me.”

“The government is identifying such people (dropouts) but they don’t focus on the second step which is to identify the needs of these disable people,” said Bhat.

“If someone would require a wheelchair, they would fail to provide it and even if they do, the wheelchairs are substandard.”

(The story was first published in Indiaspend.com)