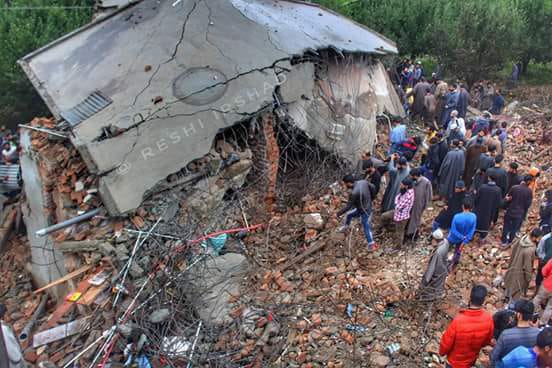 SRINAGAR: A militant and a civilian were killed in a gunfight that erupted between militants and government forces in Chaterpora village of South Kashmir’s Pulwama district on Friday.

The militant was identified by the police as Sajad Ahmad Shah of Gund-Chogul, Handwara. The slain was affiliated with LeT militant outfit.

Earlier DGP police Kashmir S P Vaid said that all the three militants who were trapped inside the house were gunned down.

He tweeted “all the three eliminated. Good job boys”.

However when the operations ended, only one body was recovered from the spot and the two other militants who were trapped in the house are believed to have fled from the spot.

Eyewitnesses said that the firing exchange took place for long hours but when forces failed to kill the militants trapped inside, the used several IED blasted to raze the house to ashes.

Subsequently, after the news of the encounter broke out among the people of adjacent villages, the youths assembled near the encounter site and clashed with the forces.

The youths pelted stones on government forces who in response retaliated by firing pellets and bullets on the protestors resulting into the injury of scores of people. 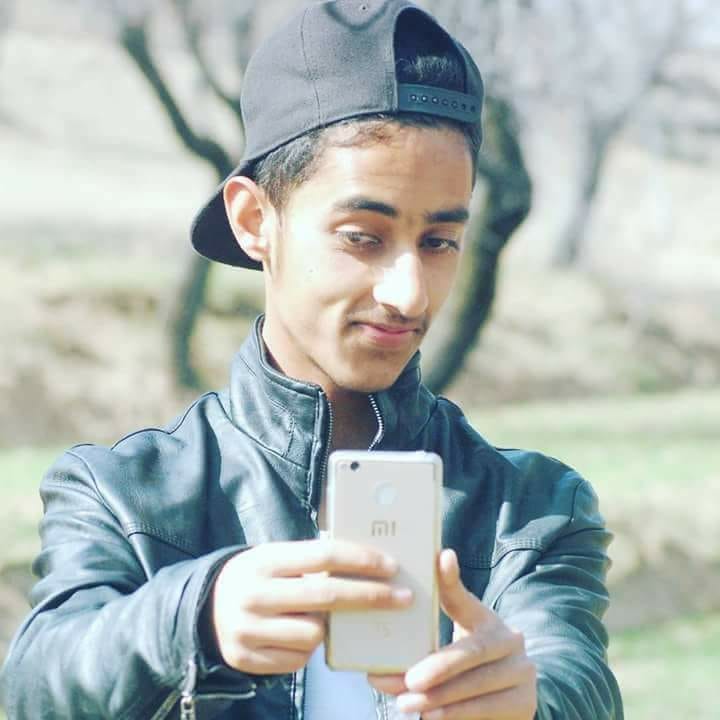 Faizan Ahmad who was killed after hit with bullets

Among the injured, a 10th class student, Faizan Ahmad Ganie, suffered serious bullet wounds in the forces action and was taken to district hospital Pulwama where he succumbed.

Faizan, was son of Dr Abdul Gani Poswal, who was performing his professional duties at District Hospital Pulwama when his son was shot near the encounter site.

“He is presently residing at the quarters at Pulwama with his family,” sources said.

“The father declared his son was dead”.

Dozens of other youths sustained injuries during the day long clashes in the area between government forces and protestors.

Meanwhile a complete shutdown is being observed in the area and internet services also remained suspended in the area.

Pursuing credible leads regarding the presence of militants in Thamuna village of District Pulwama, a joint patrol of the security forces yesterday launched searches in the afternoon inside the village.

As the searches were in progress and security forces advanced towards the suspected house, terrorists hiding inside fired upon the joint patrol of  government forces thereby establishing contact with the terrorists leading to an encounter.

During the encounter, the militants initially took few civilians hostage inside the house who were however safely evacuated by the security forces.

Initial information suggested the presence of three terrorists inside the house but as the final search was carried out, a lone body of a terrorist was recovered.

Apparently the other hiding terrorists managed to escape from the spot after making indiscriminate fire around the site of encounter.

In the incident five civilians got injured in the cross firing and were evacuated to the hospital for medical treatment where unfortunately one succumbed to his injuries though others are stated to be stable now.

In the encounter, the killed terrorist was  identified as Sajad Ahmad Shah son of Ali Mohammad Shah, a resident of Gund, Chogul District Handwara.

He was affiliated with proscribed terror outfit LeT and was involved in number of attacks on the security establishments and civilian atrocities.

Rifle and ammunition were also seized from the site of encounter.

Police has registered a case in this regard and further investigation is going on.