Amid tight security, Amarnath Yatra to start from Wednesday

Over 2 lakh pilgrims have registered for Yatra: Govt 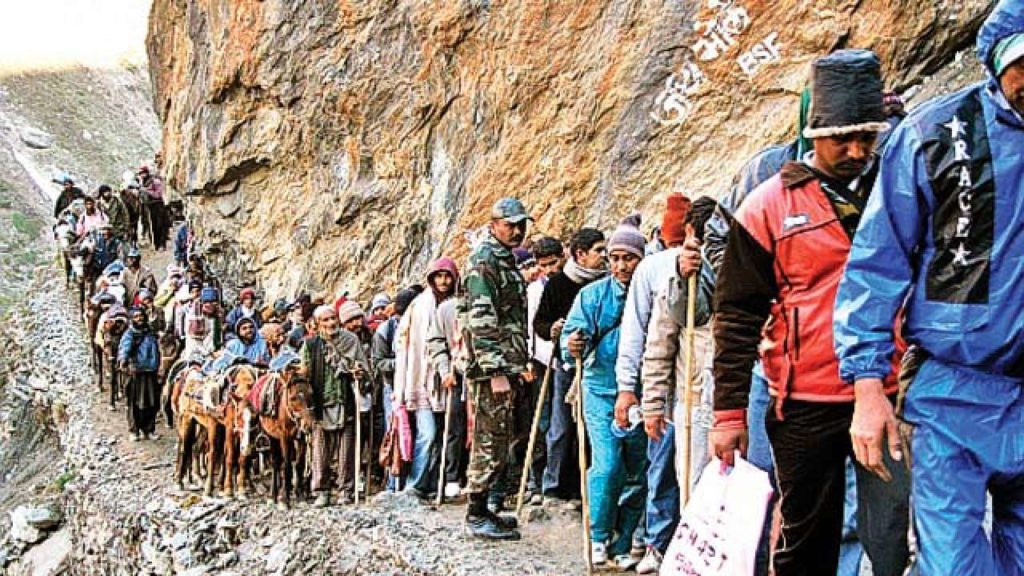 Srinagar: Under tight security arrangements, the two month long Amarnath Yatra will commence from Wednesday with first batch scheduled to leave from Jammu for the sacred pilgrimage.

According to the state officials, the government has formulated a foolproof security plan to prevent any untoward incident from happening.

The officials said Kashmir Police, army, CRPF and other forces would be pressed into service to monitor the security arrangements.

They said apart from land dominations, the forces will also deploy aerial surveillance through drones.

A three-tier security arrangements have been made for the Amarnath Yatra, officials said, adding, as many as 213 additional companies of paramilitary forces have been deployed to secure the nearly 400 km-long Yatra route from winter capital Jammu to the two base camps of Baltal and south Kashmir’s Pahalgam.

Officals said that a core group security meeting was held to review and coordinate the security arrangements for the annual pilgrimage.

The first batch of Amarnath pilgrims is scheduled to depart from the Jammu base tomorrow under tight security.

Director General of Police, S. P Vaid told a local Kashmir News Service that all necessary security arrangements have been put in place to ensure a smooth conduct of the annual Amarnath Yatra.

The security arrangements for yatra are a top most priority and police will work round the clock to ensure incident free yatra,” said DGP.

Meanwhile the government said 2,11,994 pilgrims had secured Advance Registration through the designated bank branches, group registration facility and through booking of helicopter tickets for the Yatra.