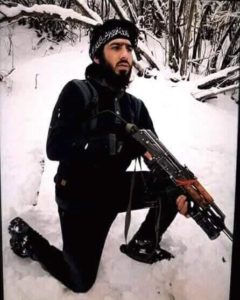 Srinagar: In the ongoing encounter in Chadder area of South Kashmir Kulgam, one among the two killed militants has been reportedly identified as Lashkar-e-Toiba commander Shakoor Dar, official sources said.

He was a resident of Tengpora and was Category – A+ militant.