States be made partners in export-led growth: PM Modi 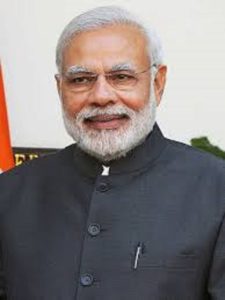 Delhi: Prime Minister Narendra Modi on Friday stressed the need for export-led growth for India to become a 5 trillion dollars economy, saying that the country’s share in world trade need to rise to at least 3.4 per cent from the current 1.6 per cent and states must be made active partners in this effort.

At the same time, efforts must be made to raise the output of domestic manufacturing to reduce imports, he said, while laying the foundation stone of Vanijya Bhawan, a new office complex of the commerce ministry in the national capital.

He said to strengthen India’s position in global trade, it was necessary that all ministries concerned and the states work together.

To raise India’s exports, he said, it is important to make the states “active partners”.

He also said a “state-level export strategy” be formulated and aligned with the National Trade Policy.

And to expand India’s presence in international trade, the country would need to have new products and find new markets.

Mr Modi said the GDP growth touched 7.7 per cent in the last quarter of fiscal 2017-18 but now the time has come to look beyond 7-8 per cent growth and target double-digit expansion.

“The need of the hour is that we should work towards achieving the target of double digit growth from 7-8 per cent,” Modi said, adding the world is watching as to when India will break into the 5 trillion dollars economy club by doubling its economy.

The Prime Minister spoke about various macro-economic parameters, and other indicators to explain how India is now playing an important role in the global economy. “India is now among the top five fin-tech countries, globally”, he said. (UNI)