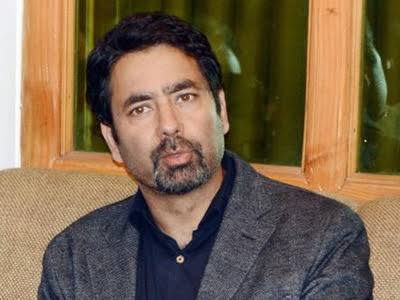 SRINAGAR: The department of tourism organized Familiarization trip for five foreign travel writers from Australia and United Kingdom who visited Leh and Srinagar.

The writers reached Leh on June 5 and conducted 5-day Ganda La trek in Ladakh before flying to Srinagar where they visited Dachigam National Park, Royal Spring Golf Course and stayed in houseboats at Nageen Lake for four days.

Tassaduq Mufti urged them to highlight state’s tourism products in their respective newspapers and magazines for the promotion of tourism.

He also apprised them about efforts the department is taking for the safety of the tourists.

Director tourism Kashmir Mahmood A Shah said the FAM tour for the travel writers from reputed publications was organized in an effort to get attention of the governments from their countries towards Kashmir so that negative travel advisories are diluted.

“We have travel advisories from many countries which is affecting foreign tourist influx to Kashmir. These travel writers are from leading newspapers like Sydney Morning Herald, Australian Financial Review, Wild Magazine from Australia and Daily Mail from United Kingdom which have wide readership. This will help motivate their governments dilute advisories on Kashmir,” he said.

The writers were led by Garry Weare who is the prominent adventurer and also author of many books from Australia.

Weare said the group was fascinated by the beauty which both Kashmir and Leh possesses and they will be producing articles on the beautiful landscape and adventure activities in the publications both in UK and Australia.

“We are hopeful that we are able to utilize international media to create a favorable opinion among lawmakers in these countries so that travel advisories on Kashmir are diluted to a greater extent,” he said.

Craig Tansley who works for many publications including Sydney Morning Herald said both Kashmir and Leh have unmatched beauty which every traveller should come and experience.

“We were amazed to see how this place is endowed with natural beauty. The landscape is amazing and every traveller should at least visit this place one a life time,” he said.

He said they would be publishing series of stories about what they saw in Kashmir.

Another writer Paul Ewart said safety of tourists in Kashmir was a misplaced notion.

“We were here for almost two weeks and we did not find any problem. Everything is good and travelers should come here. We will try our best to portray real picture in our stories,” he said.

Director tourism Kashmir Mahmood A Shah said department has been organizing FAM tours for the travel writers and also for the leading tour operators of the country to Kashmir to dispel the notion that Kashmir was unsafe to visit.

Earlier, we organized FAM tour for travel writers and other media persons from many regional publications in India. This time we decided to bring foreign journalists here so that we can work on diluting travel advisories,” he said.

Meanwhile, Alexandre Ziegler, the Ambassador of France to India had also visited Kashmir’s most sought-after tourist resort Gulmarg and also Baba Reshi before heading towards Leh by road.

The French Ambassador stayed for a night at Gagangeer and travelled to Leh by road.