Sheeraz was killed by pellets fired by police: family

Srinagar: In Kashmir, uncertain deaths keep no calendar. No matter, if it is on the day of Eid.

In south Kashmir, two families were left in a state of deep shock and mourning on Eid when their sons were shot to death, allegedly by the government forces, in two separate incidents, at two different locations.

On 29th Ramadhan, which had fallen on June 15, people in the Nowpora area of Litter village in Pulwama district were preparing for Eid.

The hell broke loose when suddenly the 12 year old Viqas Ahmad Rather fell to the bullets allegedly fired by the army.

He was the first civilian to be killed during the clashes with the army in Ramadhan after the unilateral halt in security operations was announced.

On the day of his killing, 12-year-old Viqas had talked with the family about his eagerness to offer Eid prayers since he had bought new clothes for the festival.

Little Vikas had not a faint idea that he was not ever going to wear them, rather he would be wrapped in green cloth and garlanded as he would lay motionless on  a make shift podium.

The family members squarely blame the army for the killing of Viqas.

They told The Kashmir Press that Viqas had gone to buy bread for Iftar- meal after breaking the fast- on that very day when army had poured into their village and were harassing the family of a local militant.

They said the consistent harassment of the militant’s family enraged the local youth who started protesting against the army.

In retaliation, the family alleges that army personnel fired upon the protesting boys, leaving Viqas and a young woman Ruksana in a pool of blood after they sustained bullet injuries.

While adding more details, locals alleged that army fired indiscriminately on the villagers which lead to the death of 12-year-old Viqas and injury to a woman, who was hit by a bullet in her thigh.

The army, however, had refuted these claims and said they were conducting an area domination patrol when they were compelled to fire in the air after a “mob” resorted to stone pelting and had tried to overpower them.

While Viqas left his family in complete shock a day before Eid, 33 year old Sheraz Ahmad of Brakpora village of south Kashmir’s Anantnag district left his family devastated on the day of Eid.

Ahmad was killed in Janglat mandi area of Anantnag after being hit by pellets, his family said.

“He had gone to offer Eid prayers, only to return dead,” Rameez, cousin of Sheraz told The Kashmir Press. 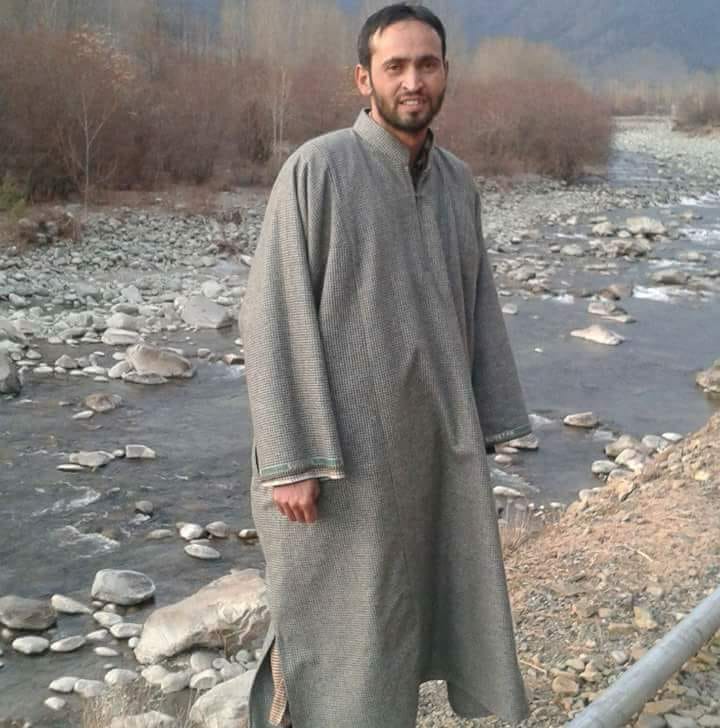 He said that Sheraz was caught in the middle of the protests that had erupted between government forces and youth in the area after Eid prayers.

“The government forces fired pellets and tear gas on protesters when he was caught in the middle. He had never before participated in the protests,” Rameez said.

He said that Sheraz was a post graduate student who had recently appeared in the ongoing B-ED exams, adding, he was killed after he received pellets in his chest and throat.

“Sheraz succumbed to his injuries at the hospital,” Rameez stated.

He said that Sheraz was an innocent boy who was known for his gentle nature in the village.

“You can ask anyone in the village how gentle and noble he was.  He did not even hang out with many people. He just had a selected group of friends and that is what his life was up to,” Rameez told The Kashmir Press.

Sheraz belonged to a poor family and was on a hunt for a job.

“He was very hard working and worked in the farm during the day, while preparing for various jobs in the evening,” said another family member.

Sheraz had lost his father 3 years ago after fighting an illness, said the family member, adding, he had spent two months in a hospital with his ailing mother.

“She had medical issues with her back portion of her body. That is why he spent time with her and took care for two months,” family member said.

The family members also rejected police version which stated that he had died after a hand grenade had exploded in his hand.

“We are very disappointed with their statement. We want to ask the police if the grenade had exploded in his hand then why were not his hands injured. The injuries were clearly from pellets on his chest and neck,” a family member stated. 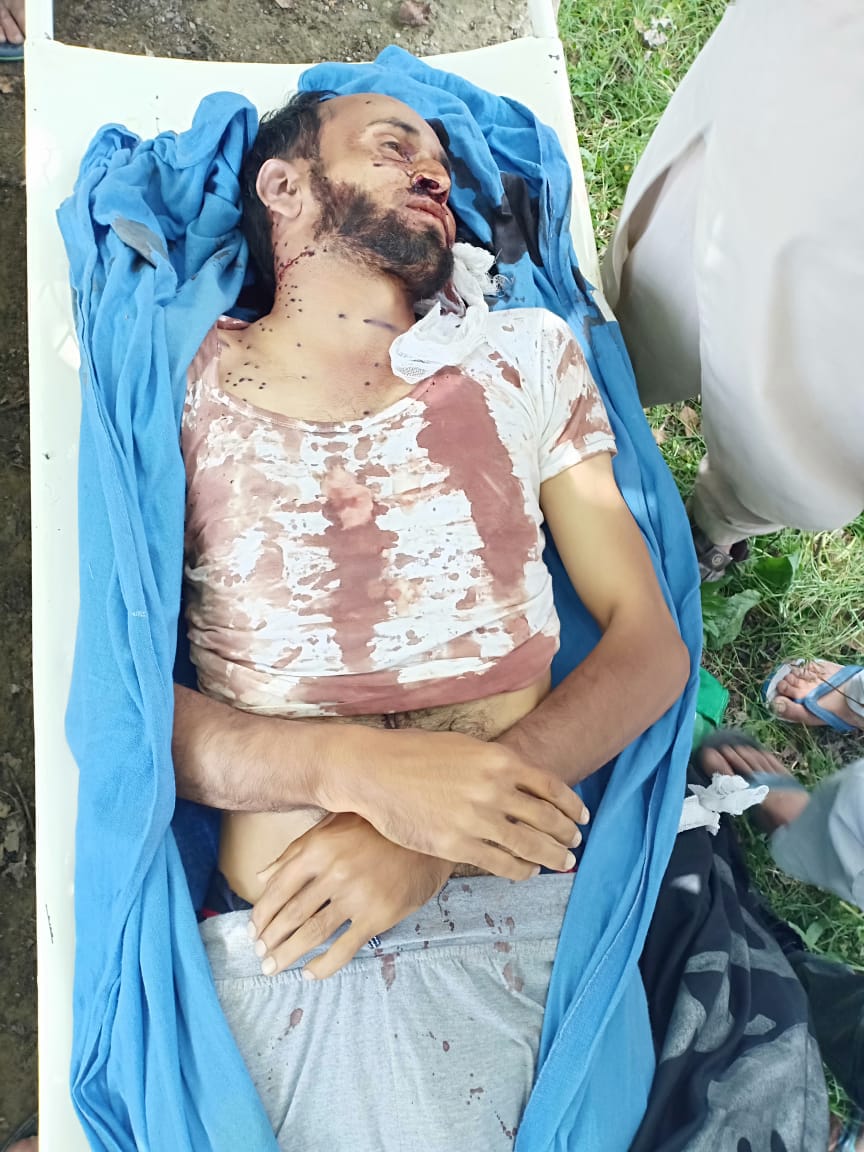 He said the family had decided to file an FIR against the misinformation being spread by the police.

“It’s a clear lie and we are going to contest it,” family member added