“Be vigilant against Indian conspiracies”: Qureshi 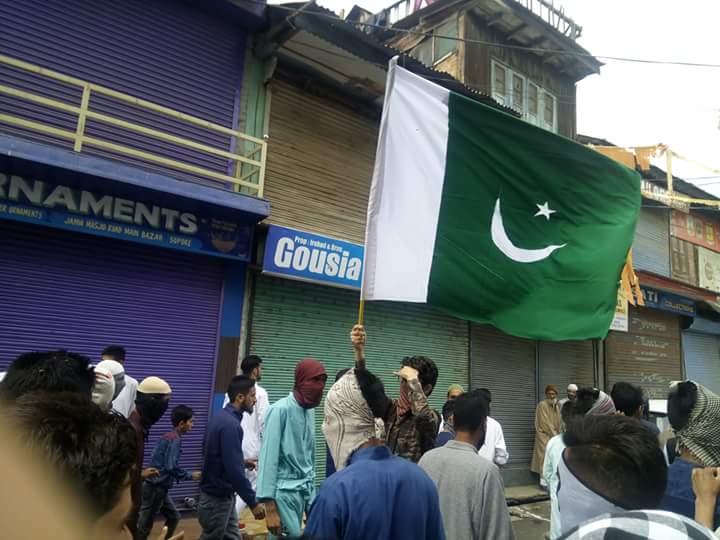 Sopore: Pro-freedom protests and stone pelting were witnessed in this apple town soon after the congregational Eid prayers were over at the Jamia Masjid.

The police and paramilitary forces retaliated by firing tear gas canisters to disperse the protesting youth.

In his speech, he said the state was at war with the people of Kashmir.

“There are two types of forces; armed Forces and civil Forces. Both of them are at war with people and freedom movement,” Qureshi said while addressing the gathering at Jamia Masjid Sopore. 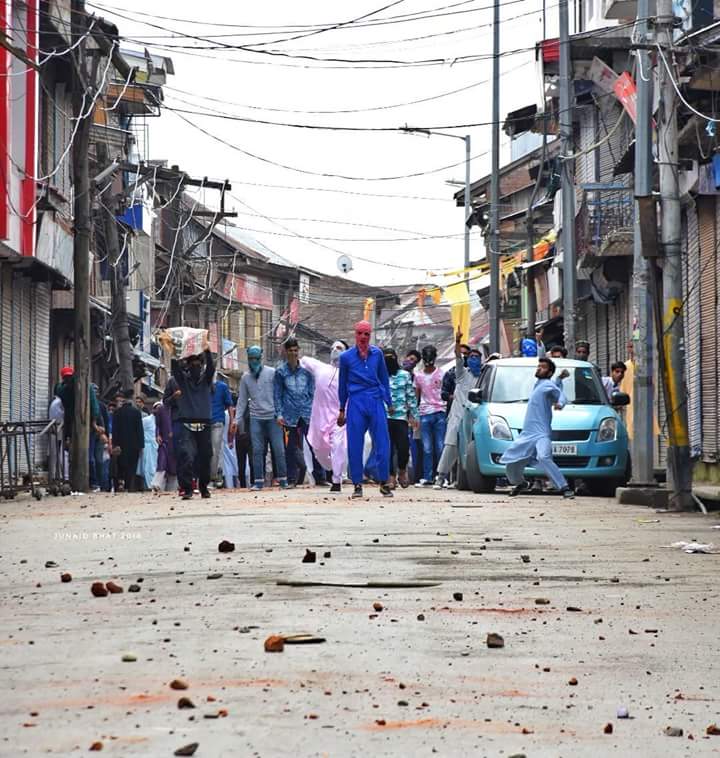 He said that while armed forces were on job to “suppress the people for demanding their right to self determination, civil forces are deployed to change the narrative and facilitate occupation of Jammu and Kashmir”.

“There are four tasks carried out by the civil forces which include PDP, Congress, BJP National Conference, Awami Ittehad Party and all other pro-India parties. Their role is to shield and legalise the occupation of India in Jammu and Kashmir,” he said

“They also distract people from the objective of right to self determination by chanting shallow slogans of self rule, autonomy, Khushal Kashmir etc. They facilitate election drama by which India misguides the world community that Kashmiris were taking part in sham democratic process. They also play their role in promoting cultural aggression”.

Qureshi also explained how Ramadan ceasefire was a drama, adding, and several incidents of killings took place during this time which were directly perpetrated by the Indian forces.

As Qureshi was delivering his speech, people raised pro-Islam, pro-Pakistan and anti-India slogans inside the mosque.

Such a heavy slogan chanting was witnessed after a long time inside Jamia masjid.

“Sopore being hub of resistance is special target of Indian establishment. Youth are involved in drugs at alarming rate,” he said while adding that Sopore has been at forefront of Kashmir struggle from past 70 years.

In his conclusion he warned people of Kashmir to be vigilant about “India’s agenda which includes measures to divide/disunite the nation and coming elections”.